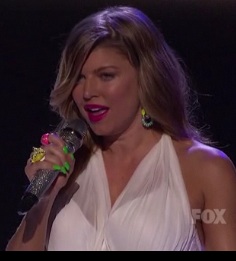 I was talking to one of my girlfriends this past weekend about her back issues, which she attributes to having a large chest. I have known her since we were teenagers and she is always had an ample bosom area—something most people notice first. She has always loved her breasts and their Dolly Parton-esque size, but over a late night meal, she told me that she wants to go under the knife to get rid of some of the extra weight of her breasts.

So it got me to thinking—would I ever have cosmetic plastic surgery?

I’ve always said I wouldn’t. I have heard horror stories of the things that can happen to you while under the knife–Kanye West’s mom is one example of a tummy tuck gone wrong since she is no longer with us. I’ve been taught to love my body and all of the skin it may be in

Of course there are some areas I would like to tweak. No matter how many sit-ups I do, I can’t seem to get my tummy as flat as it was pre-baby. If plastic surgery were an option for me, I can’t say that I would rule out not having it to firm up my tummy area.

There are so many pros and cons associated with plastic surgery, especially since it doesn’t always improve one’s looks. In the case of Fergie from the Black Eyed Peas, who two weeks ago, unveiled what appeared to be a new “plastic” look while performing on Fox’s American Idol, the knife isn’t always a positive. Fergie looked a lot better before, and while I am not 100% sure she had work done, her shocking appearance clued me in that something was indeed up with her face.

I should add that if Fergie did go under the knife recently, it’s not the first time. Her pictures from when she was younger are a lot different than what she looked like when she began fronting the BEPs’.

So the question begs: would you ever have cosmetic plastic surgery? Would you go under the knife to correct your supposed “imperfections”?