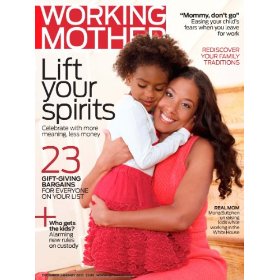 I am a huge fan of pop culture, so much so that I have devoted a lot of the content of my blog to pop culture and all that entails. So when I came across the list of Working Mother magazine’s ‘Most Powerful Moms in Pop Culture’, I had to take a read.

Pop culture influences so much in what we do, including how we parent. When I was younger during the The Cosby Show days, the way Heathcliff and Claire parented their brood had a real effect on the way my parents shelled out discipline. It was if my dad would say, “what would Bill Cosby do?”.

When I see how Jada Pinkett Smith keeps her children in line while being there for her husband and squeezing in time for her career really makes me step up my game mom-wise; if she can do all she does and still manage to make successful moves, so can I!

The list of these powerful pop culture moms show a lot about us; what we think of moms in our society, who we look up to in terms of mommyhood, and who we might like to be as moms when measured against our pop culture counterparts.

So who made the list, you ask? They are women who are movers and shakers, bonafide moguls, and moms who do the most when juggling parenting and their success:

What do you think about Working Mother’s Most Powerful Moms in Pop Culture list? Who was left out? Let’s discuss!