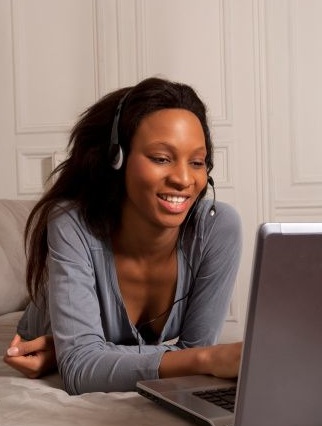 It’s time for me to get personal for a moment. Looking back on my life and where I have come from and the obstacles I’ve had to overcome, I never thought that I would be where I am now. I never saw myself as a self employed person able to make her own decisions and call her own shots. When I was younger, I assumed that I would be like my parents—working for someone else, making a decent living until I was able to retire. It never occurred to me that a change agent would come into my life and change its whole course and direction for he better.

My change agent, or a-ha moment came in December ’09 when I was let go from my job. I thought it was the end of the world—how would we eat? What would we do once my savings was depleted? How long would it take me to find a job in a horrible economy? Those were all questions I asked myself, and for the next several months afterwards, I worked myself into a tizzy. No one wanted to hire me at the salary I was used to getting, not in this economy.

Thinking I was headed for skid row, I threw my work and creative juices into my blog, trying to perfect it and gain readership so I could at least make enough to pay my cellphone bill. For months, I didn’t make anything, and we were barely scraping by. Something inside of me said to continue.

About almost a year into my blog, I finally made a profit. Not enough to be considered a success, but enough to motivate me to continue. And as luck would have it, it was the best decision I ever made. Because in the course of blogging professionally, I began to reap monetary rewards. Leaving my supposed “comfort zone” was a blessing in disguise. I could work and make a living on my own terms.

In the film, Moneyball, Brad Pitt stars as Billy Beane, general manager of the Oakland A’s, who successfully creates a baseball club on a shoestring budget “by employing radical strategies and statistics that flew in the face of conventional wisdom”. He didn’t follow the regular program that other teams did in the Major League, and in doing so, he changed the way that front offices evaluated players forever.

I am no Billy Beane, but what we have in common is that we used our creative intuition to make something happen. If you never try, then you may never know what you are capable of. Leaving your comfort zone could change your life for the better!

What has been the game changer in your life? Have you ever left your comfort zone? What were the results? Let’s discuss!

Disclosure: Compensation was provided by Sony Pictures via Glam Media. The opinions expressed herein are those of the author and are not indicative of the opinions or positions of Sony Pictures.

Missoni for Target Hits The Bulls-eye on 9/13
Mama’s Got a New Toy: Motorola XOOM Tablet!