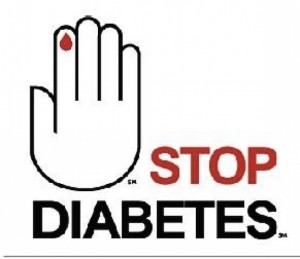 Since I began my blog in October of 2009, I have made it a point to speak about diabetes and share information regarding this horrible disease. As you may already know, my father was diagnosed with diabetes about 10 years ago, and he has had to drastically watch what he eats and change his living habits. This past summer, my father was hospitalized due to his high sugar level, which almost had him in a coma state. Since that time, we have been working with his doctor to ensure that he is not only eating the right foods, but also taking his medicine.

Diabetes is not a disease that you play with, and it can be a deadly disease, causing thousands of people to lose their lives every year.

According to the American Diabetes Association:

In order to show your support for those with diabetes, the American Diabetes Association wants you to take action.  You can begin by sharing with your social network that November is American Diabetes Month. You can also take the ADA pledge on their Facebook page to help stop diabetes.

You can also attend an American Diabetes Association event in your area, or visit StopDiabetes.com to learn more about the disease and what you can do to help.

Will you stand up and participate in American Diabetes Month?