Anyone who follows Internet news, as well as TheCubicleChick.com, knows about the International Consumer Electronics Show held in Las Vegas. For those that don’t know, CES is a technology lover’s paradise. I imagine it being like Fashion Week for techies, in which you get to see and preview the newest gadgets and technologies from the world’s leading producers. I want to review two of the items at CES that I found the neatest and most interesting. One is the Powerbag (www.mypowerbag.com) and the other is Samsung’s washing machine mobile application.

The Powerbag allows it’s owner to charge any of his/her mobile devices … wait for it … in their bag! How cool and convenient is that? This especially comes in handy with the smartphone becoming the norm, and batteries dying due to the frequency with which we use our mobile devices. Most people carry their mobile chargers with them, but are still grounded to a wall outlet or car jack when they

actually want to charge something. The Powerbag allows them to charge their tablet or phone on the go, so as to not interrupt their day. The Powerbag comes in a backpack, messenger bag, and briefcase form, so it’s suitable for the college student, as well as the everyday business man/woman.

The Powerbag comes with a battery, an Apple connector, mini and micro USB cords, and can charge up to four items at once. A fully charged Powerbag can charge the average smartphone fully up to two times.

The Samsung washing machine mobile application will allow users to control their laundry while on the go. The application communicates wirelessly to the wi-fi enabled washer and dryer (which Samsung will be releasing in the spring quarter). Using the application, you can pause a washing cycle, start one, and keep track of where your items are in the cycle.

Initially this seemed a little gimmicky to me, but then I thought deeper into it. For one, there have been several times that I have been doing laundry and because of the fact that the washer and dryer is two floors below my main floor, I don’t hear the buzzer going off alerting me that the cycle is done. In addition to that, there have been several times I have left the house, forgetting that I had laundry in the washing machine.

Now, I’m not advocating anyone to get rid of a perfectly good washer and dryer simply to have the ability to get notifications of your laundry cycle, but if you’re going to be looking for a new set, this is definitely something to consider. Again, the washer and dryer comes out in the spring. The best part about it is that Samsung has also announced that the app will not be limited to their phones, or Android.

Keep an eye out for these items on the market. Go run errands, to work, or to school, and monitor your laundry on your mobile device that’s being charged by your Powerbag! 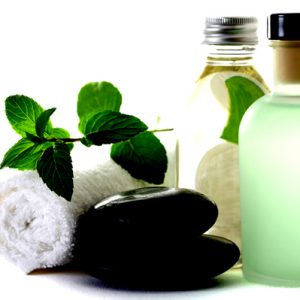