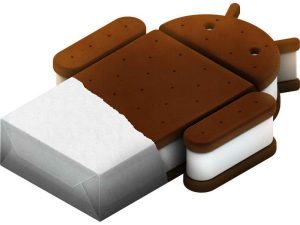 For those of you who are avid followers of The Cubicle Chick (and even some of you who may not be), you may have noticed that both the Cube and I have the Motorola Xoom Android tablets. Imagine my surprise when I picked up my tablet earlier this week and was prompted to download an update!

The first thing I noticed upon booting up after the update was that ICS made the look of everything a little cleaner.  It actually reminded me of the look of the OS on the Samsung Galaxy Tablet 10.1, in that the font was a bit slimmer. It overall didn’t look as “chunky” is the best way I can describe it. Lines were thinner and things ran a little smoother.

Upon researching, one of the major improvements with the update include is the ability to use “zoom to fill”, which allows users to basically zoom in on apps. This comes in handy for a lot of the games and apps in the market because not all of them have been optimized for tablet viewing, so when viewed on the tablet, the fonts and items within the app appear very small.

Another of the major improvements with ICS is docking support. This allows the tablet to automatically detect which dock you connect it to, and launches the corresponding application or docking profile. Other improvements include rotation acceleration, enabling the device’s rotation to be more sensitive, MOTOPRINT which is a printing application for the Xoom, and other tweaks here and there that improve speed, in addition to the aesthetic changes I mentioned earlier.

So far, I’ve loved all of the improvements! If you have a Motorola Xoom, have you received the update? What did you think? Let us know in the comments below!