Can you really forget how to ride a bike?

Of course the joke usually goes “_____ is like riding a bike. You don’t forget how.” And I know that I have been guilty of uttering that phrase. But last year I found out that it is possible to actually forget how to ride a bike—this is very true. 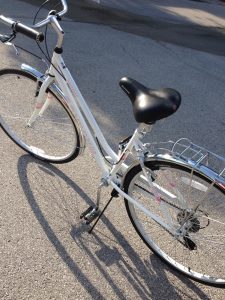 A friend of mine had a bike that she didn’t want anymore, so I thought I would go over to her house and check it out because I was thinking about buying it from her. Even though I hadn’t rode a bike since I was in my early teens, I wasn’t concerned—you can’t forget how to ride a bike, silly.

I got on her bike and within three seconds of getting on it and starting to peddle, I fell. THUMP. Onto the hard concrete. Thinking it was just a fluke, I got back on and attempted to ride the bike again. I fell off of it, barely able to steer.

Suffice to say, I didn’t buy the bike from her.

Lately, I have been trying to eat healthier foods and eat a better diet. Riding a bike had always been a fun activity for me when I was younger, and working out only works for me when it’s fun—when it’s not, I don’t do it. So I thought I would give it another go with a bike, so I could add more fun to being more fit.

Last week, I received a Schwinn Wayfarer bike. After being nervous to ride it for a few days, I finally got on it. And this time I didn’t fall (although I did wobble on it for the first couple of minutes). I was actually able to ride the bike around my entire subdivision once I got a feel for it. I am not saying that it was the power of Schwinn that did it for me, but I think it was my motivation to not fall off of the bike that fueled me. My confidence took over and I told myself “you can do this. You know how to ride a freaking bike!” And it was when I believed that I could do it that I received good results. 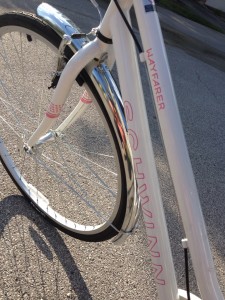 So for the past few days, I have been riding the bike daily around the neighborhood. It’s a very therapeutic experience and great for my mind and body. I like to ride alone generally, so I am alone with the thoughts. Sometimes I don’t even notice how long I have been riding. I can say it’s been an enjoyable experience. I’ve actually met some neighbors that I had never had the pleasure of meeting because I am on my bike and going through my area—not taking the quick route with my car.

And adage goes, “if you fall off the horse, get yourself back up and try again”. So that is what I did. When you are a child, you aren’t fearful of falling off of your bike. But when you are an adult, and you know the hurt and pain you could receive from falling off of the bike (and you aren’t confident), it paralyzes you. I no longer wanted to be afraid to try.

So you can forget how to ride a bike. But you can also get back on the bike and try again, and find out that you actually like to ride it.

When was the last time you’ve rode a bike?

If we’ve learned anything from more than a century of building bikes, it’s that some things never get old. From that first taste of freedom, when the training wheels come off, to the wonder of a parent letting go, and all of the ups and downs in between, magical moments in life happen on a Schwinn.

Life’s a ride. Enjoy it on a Schwinn.

Disclosure: Compensation was provided by Schwinn via Glam Media. The opinions expressed herein are those of the author and are not indicative of the opinions or positions of Schwinn. 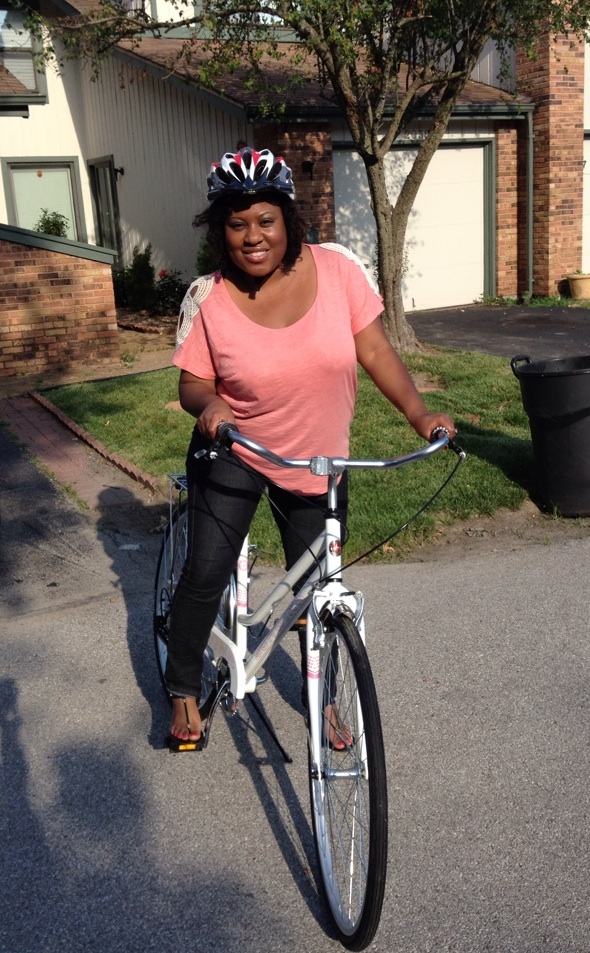 Me after my “first” successful bike ride. I made it through the subdivision. 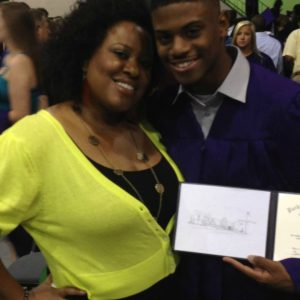