Hey guys! Kid Noble Tech Dude here with a review of Samsung’s brand new flagship device, the Galaxy S III, which is currently available on all four major carriers. As many of you all know, both the The Cubicle Chick and I have been Team iPhone for quite some time now, but I have recently gotten back to my Android roots with this awesome device. In this review, I will talk about the hardware, software, and the camera.

On the outside, Samsung Galaxy S III boasts a similar plastic like design as the past Galaxy phones. It has a nice rounded body design that fits comfortably in your hand. It is a VERY thin phone at only 8.6 mm. The screen comes in at 4.8 inches and is an HD Super AMOLED display with 720 x 1280 resolution. The phone goes against traditional US Android tradition in that it only has one hard-key button, which is the home button. The camera is 8-megapixels, but we’ll get to more on the camera later in part two of the review.

Unlike the international version, which is quad-core, the S3 offered by the four major carriers in the US is powered by a dual-core Qualcomm S4 processor at 1.5 GHz, which may be disappointing to some. This is the same processor powering the HTC One X, and still does an excellent job, as no lag has been noticeable to me. The phone also features an LTE radio for 4G LTE internet speeds, although Sprint’s 4G LTE service is not fully integrated yet.

Samsung has included 2 gigabytes of RAM in the S3, meaning you’ll have about 1.6 gigabytes at your disposal for running apps, etc., which is more than enough to keep the phone lightening fast. In addition to the phone’s internal memory, the S3 features a microSD slot that can take up to a 64 GB card. This is plenty of room for your music, videos, and pictures.

In terms of battery life, this has been the best battery on an Android phone that I have ever experienced, coming in at 2100 mAh. It still isn’t in the range of an iPhone battery in my experience, but I have no problem getting about 12 hours of usage before I start looking for my charger. For Sprint’s version, keep in mind that Sprint is retooling not only their 4G Network, but the 3G network as well. Once this is done, the battery life should improve further. For AT&T’s version, from The Cubicle Chick’s assessment, both the battery life and the 4G LTE speed rocks.

TheCubicleChick.com was given a Samsung Galaxy S III from AT&T to review on loan. I was not given this device to keep and have not been compensated or paid for this review. The opinions in this post, as always, are those of the author. 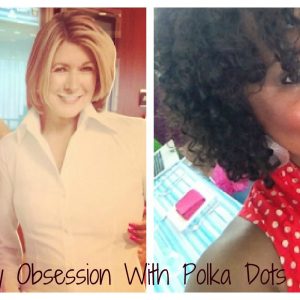