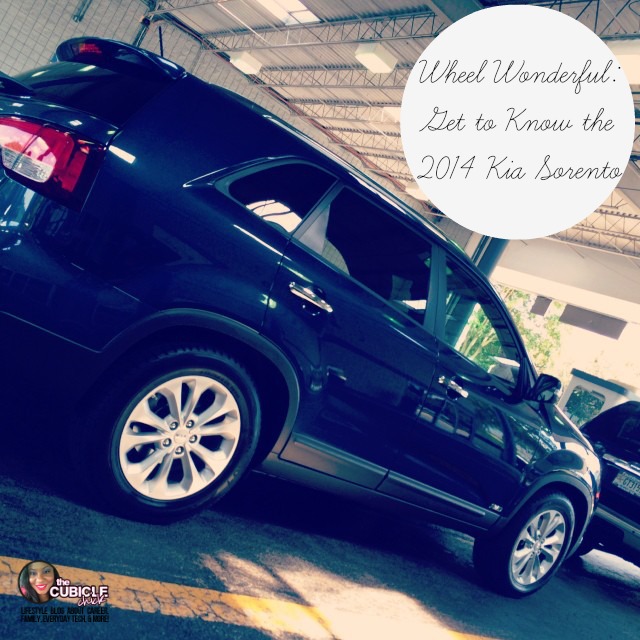 Kia is really stepping up their game. During a recent trip to Atlanta for the Blogalicious conference, I was given a 2014 Kia Sorento EX V6 AWD to use during my trip. Kia was an official sponsor of the conference, and gave attendees the opportunity to test drive three of their vehicles, including the Sorento. Myself and a few other bloggers had Kias to drive around town for our three day stay, and you know I took advantage. Atlanta is a city that has plenty of things to get into, so myself and my conference roommates took the 2014 Kia Sorento out for a spin many times to get the feel of the vehicle and the road.

I instantly fell in love with the roominess of the car, and all of its amenities. As with the 2014 Kia Forte that I got to drive in August while in Miami (click here for my review), the Kia Sorento also has the UVO system (powered by Microsoft), which offers touchscreen navigation, voice command, Sirius satellite radio, and much more. UVO is like having a computer at your disposal while you drive, and is fully integrated into the car for safety and handsfree options. 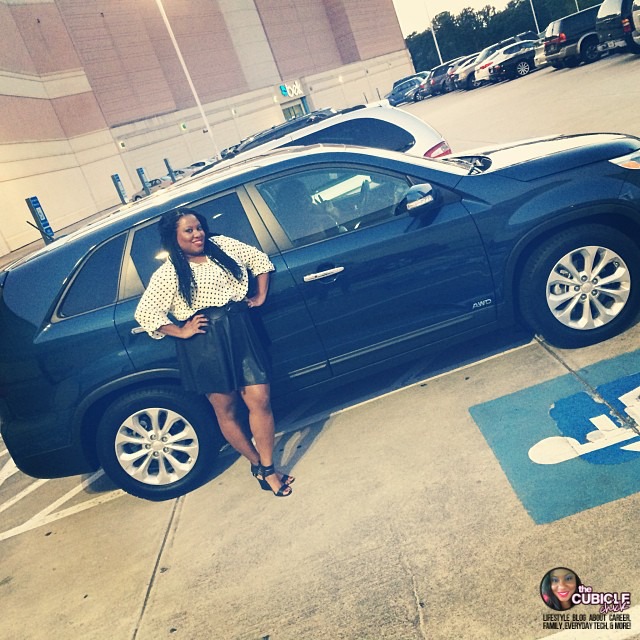 The most impressive feature of the car was its wonderful sound system, which I am told is the Infinity Surround Sound System with 10 inch speakers. My roomies and I couldn’t believe the awesomeness of the sound quality of the music. The panoramic sunroof was also something that got our attention, and since the sun was shining bright in Atlanta, is was a feature that got a lot of use.

The car also handled well and sported a smooth ride that was enjoyable and comforting. You can change the wheel settings to your liking, and I selected one that offered handling much like a Mercedes Benz does—with this setting, I was able to navigate through the Atlanta traffic like a professional. 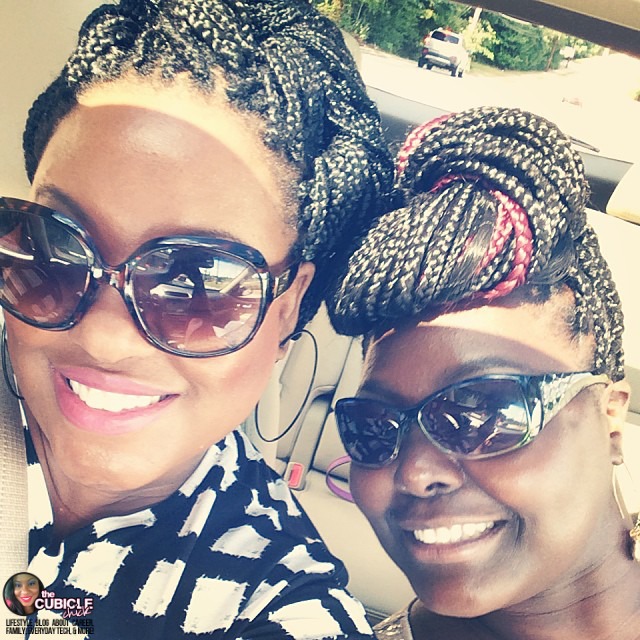 The 2014 Kia Sorento in Wave Blue was fun to drive and fun to look at. The liftgate featured an automatic open option that opened and closed the trunk with ease.

This car is a perfect family vehicle for those who aren’t into minvans, but want the option of having plenty of room and space for passengers. Here are some photos of the car’s interior, furnished by Kia: 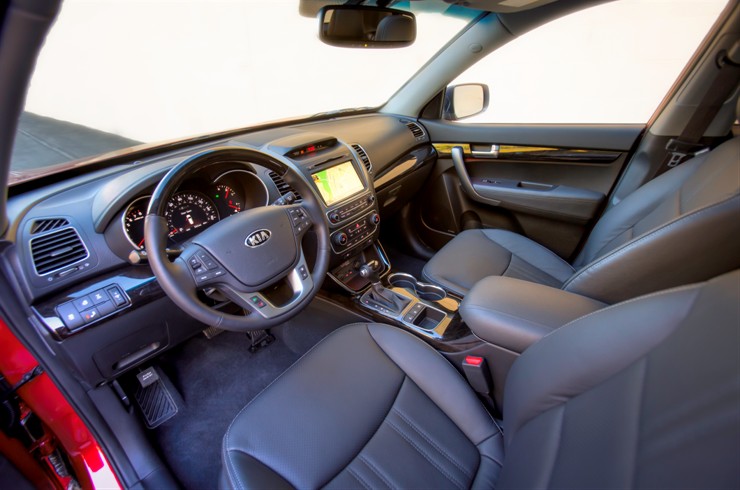 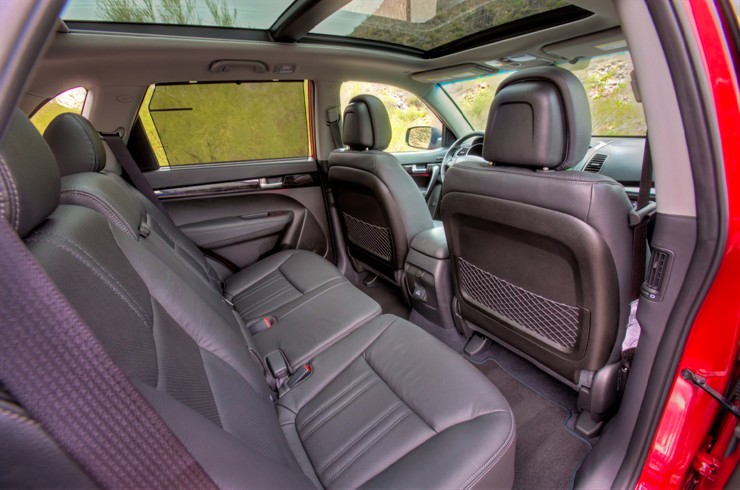 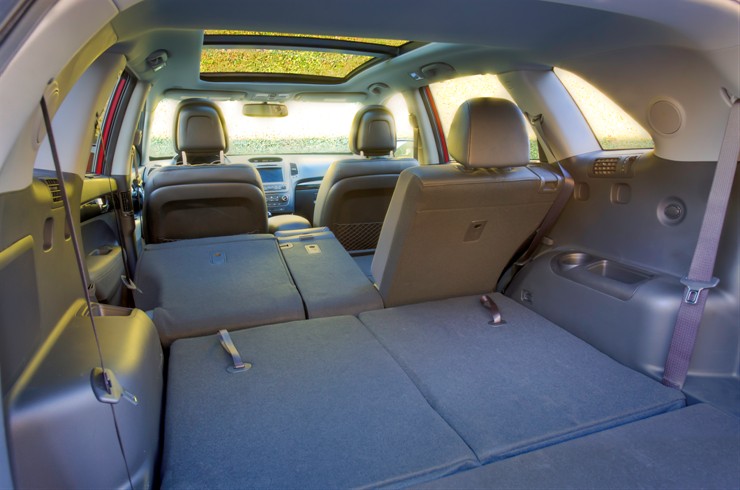 Check out a few of the available options on the 2014 Kia Sorento EX V6 AWD:

I can’t say anything bad about this vehicle, other than at times, there was a lag in the navigation system when giving turn by turn directions. I am not sure if it was something to do with the UVO system or not, since I used UVO before and did not run into that problem.

The 2014 Kia Sorento EX V6 AWD starts at $24,100. For those who want a vehicle with plenty of room and major features, I highly recommend the Sorento. Click here to learn more about the car.

Special thanks to Kia and Drive STI for the loaner wheels. 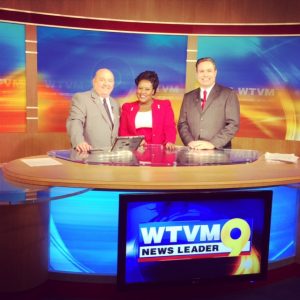 The Cubicle Chick Partners with Produce for Kids: Morning Appearance on WTVM