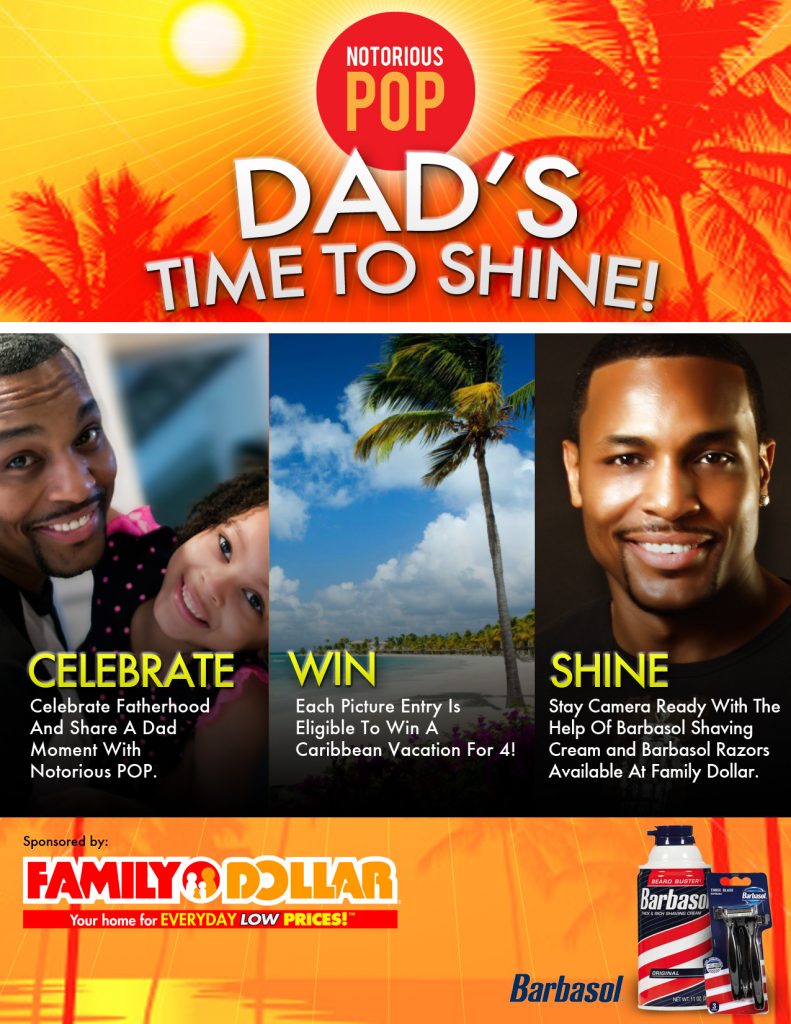 Father’s Day is just around the corner. And what better way to celebrate while giving fathers their shine than with a Twitter Party? Notorious POP alongside Family Dollar will be hosting a Twitter Party on June 12th, just in time for Father’s Day. There will be prizes given away and we will be sharing stories and insights about our favorite dads during the event. I will also be on hand as a panelist, so I would really like for you to participate if you can.

As I blogged back in April, Notorious POP is a campaign created to shine light on fathers, dads of color who often go overlooked or unnoticed. There are plenty of dads who are active in their kids’ lives, so we want to make sure to give some attention to that too. I love working with Notorious POP, as I was raised by a father who was very active in my life. Dads need our love and support just as much as moms do.

So here are the details. The Twitter Party takes place on Thursday, June 12th at 8pm EST/7pm CST. Make sure to utilize the #FamilyDollarBarbasol hashtag on Twitter to participate. No RSVP is required. $100 gift cards will be given away during the event. Make sure to also follow @TheNotoriousPOP and @MyFamilyDollar on Twitter as well. During the Twitter Party, you can share your favorite stories about the dad in your life, and learn about the new Barbasol Razors available exclusively at Family Dollar that can help dad get is “groom” on.

Want to get a jumpstart on the fun? You can pre-tweet to win! Anyone who follows @TheNotoriousPOP and tweets the statement below will be entered to win a $10 gift card:

Join @TheNotoriousPOP for the #FamilyDollarBarbasol Twitter Party 6/12 at 8PM ET for a great chat about Dads Grooming and to win prizes!

And there’s one more thing. In honor of fathers doing their thing, Notorious POP will be giving away a Notorious POP Caribbean Vacation for 4 (2 adults and 2 kids). The winner will be announced in July. You can visit NotoriousPOP.com or the Notorious POP Facebook page to enter.

So I hope to see you all there.

Disclaimer: As a #FamilyDollarBarbasol panelist, I have been compensated for sharing this post and participating in the Twitter Party. Opinions and views expressed on my platform belong to me, and are not indicative on the brands mentioned. 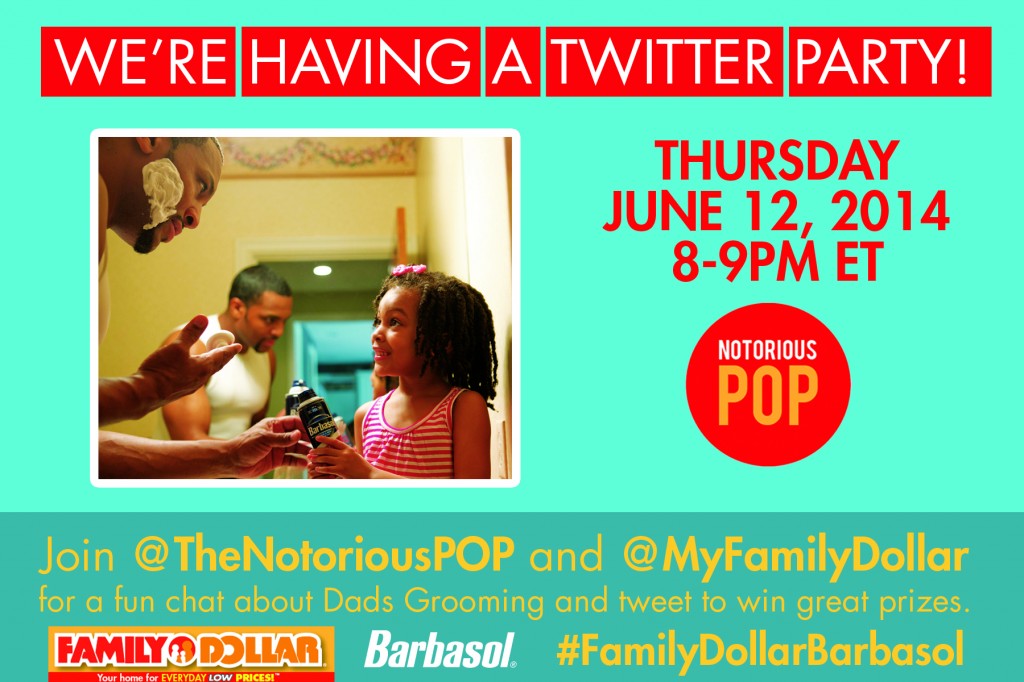 Digital Lifestyle: Getting to Know the Samsung Galaxy S5
No Sweat! Confidence is Feeling Good About Yourself No Matter What #CertainDriConfidence (Sponsored)