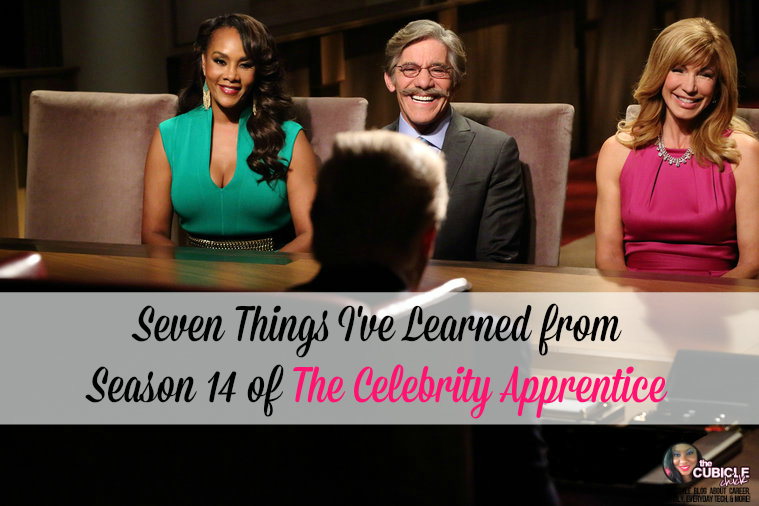 And the winner is….

For weeks now, I’ve been glued to my television watching double episodes of The Celebrity Apprentice on Monday nights. It was sorta kinda an addiction of mine, as I enjoyed watching B-list (and lower; insert “shadyboots” emoticon here) celebrities go at it for a chance to win money for their favorite charities and grab the title of The Celebrity Apprentice winner. And we now know who that title goes to this season.

I am happy that she was crowned the winner and bestowed with such dubious distinction. I feel that she has been the most consistent and professional throughout the entire competition. After a cutthroat series of tasks and conniving competitors (i.e. Kenya “Real Housewife that’s not a real housewife” Moore), Leeza rose above and showed who was the last chick standing.

Now that season 14 of The Celebrity Apprentice is over, I wanted to share with you a few of the things I learned from this season’s shenanigans.

1. Donald Trump is an alright guy (even though I still side-eye his Obama comments)

I have a few friends who dislike Donald Trump for his disparaging (and some would say racist) comments against the POTUS. I’ve come to side-eye The Donald every chance I get as well. But I will say watching this season that he’s a pretty fair guy who is successful because he knows a thing or two about business. This season, I saw him be likable, something I hadn’t seen in previous seasons of the show. He gave money to charities of celebrities who lost, which was a stand up thing to do. And although he and I will never see eye-to-eye on political views, I have to respect his business prowess.

For those of you who still are on the fence about social media (and slow to incorporate it into your business plan), this season showed me that social media is everything and then some. For almost every challenge given to them, the celebrities utilized their social media channels and followers to help them with the task. The stars who knew how to use it to their advantage tended to do well. Yay for The Twitter!

3. Kate Gosselin should never go back to that awful haircut

Kate Gosselin was also someone who I found likable during this season. In other shows I’ve seen her in, she appeared to be whiny, annoying, and just downright irritating. But I was able to stomach her on The Celebrity Apprentice for some reason. She actually is a pretty smart woman with some good ideas. And her hair never looked better! Kudos to leaving that awful haircut of yesterday behind. 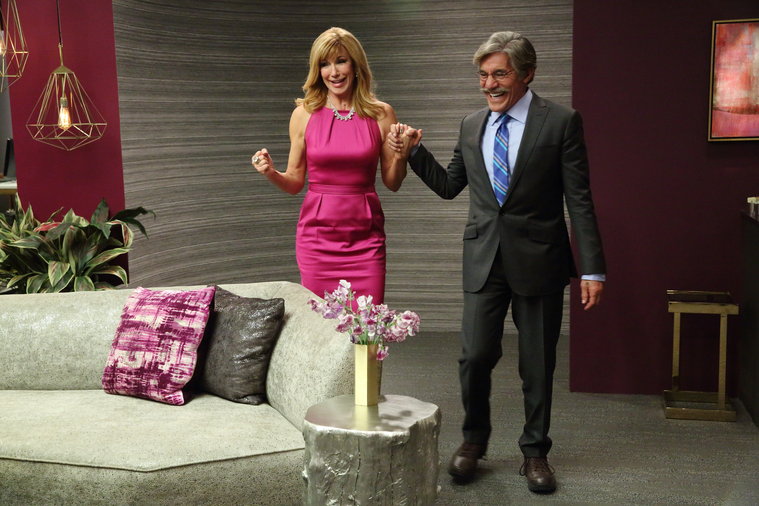 4. Vivica is that Chick

I was rooting for Aunt Viv from the start and was happy that she made it to the Final Three. When she gave Kenya a piece of her mind in that epic boardroom showdown, I fell to my knees. Oh, how I’ve been waiting for someone to step to Kenya the way she should be stepped to. Vivica was a great competitor and she is that chick. You better recognize.

Donald Trump fave Joan Rivers appeared in two episodes of The Celebrity Apprentice this season and I shed several thug tears. What a funny lady who’s gone too soon.

6. Ivanka is the Standout

I have no idea what Donald Trump, Jr. and the other son do (they are always in the boardroom but I am not sure of their roles), but Ivanka is a girl after my own heart. She’s a working mom, wife, and entrepreneur with her own lifestyle brand. She’s definitely a chip right off the old block, and I dig her work ethic. I’d love to be the Ivanka Trump of the midwest—just a darker version. One can dream, right?

I’ve got some tips for the next Celebrity Apprentice candidates. Raise big money, always show the product, never give excuses, work circles around your teammates, document what you contribute, and always be ready to go to-to-toe in the boardroom. Those who speak well and are on their feet ready with retorts and comebacks last the longest. And when in doubt, WIN.

I’m kinda sad that the season is over, as I’ve gotten used to it being in my Monday night lineup. Hopefully a new season is in the works.

St. Patrick’s Day Shamrock Garland DIY
Finding My Way While Being the Odd One Out: My Untold Story