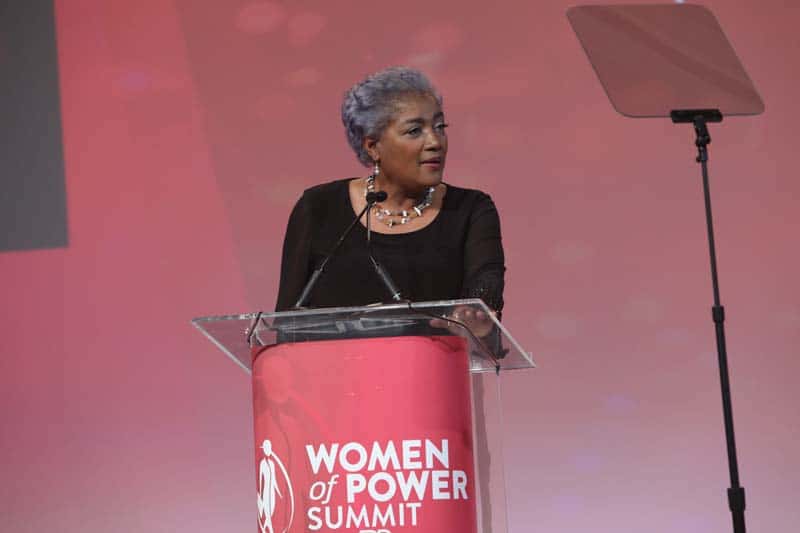 I am currently still in the afterglow after attending the Women of Power Summit last week at Walt Disney World. With 1300 professional women in attendance from assorted fields, titles, and ranges, it is the place to be to surround yourself with amazing women of color who are doing the damn thing. Excuse my french, but I get excited just being around sisters who are Glow Girl status.

One of the highlights of the 2018 Women of Power Summit (and there were many) was political strategist, Auntie Supreme, and Head Sister in Charge, Donna Brazile. She was in attendance to receive her honor as the Barbara Graves Award winner as well as morning keynote. Being completely honest, I wasn’t at all excited about seeing Donna Brazile. I kinda was butt-hurt about some of the things said about her in the press after Hilary Clinton’s loss as well as some things that had come to light during her tenure as head of the DNC.

Basically, I was feeling some way about Donna Brazile.

Anywho, once she took the stage (and by took, I mean completely owned that ish), I was like DAMN. Everything I thought I knew about her wasn’t correct. While she was on stage, she held part masterclass, part “come to Jesus” conversation that made us laugh, cry, and think.

On television as a pundit on CNN, I had come to see Donna Brazile as a passionate but status quo figure. She always appeared smart, focused, and had tremendous clapback when jabbing with her adversaries, but I didn’t consider her to be likable.

Wrong! The Donna Brazile I saw during the Women of Power Summit was a woman who had plenty of sass, personality, and a compelling and playful disposition. This Donna Brazile was my spirit animal. 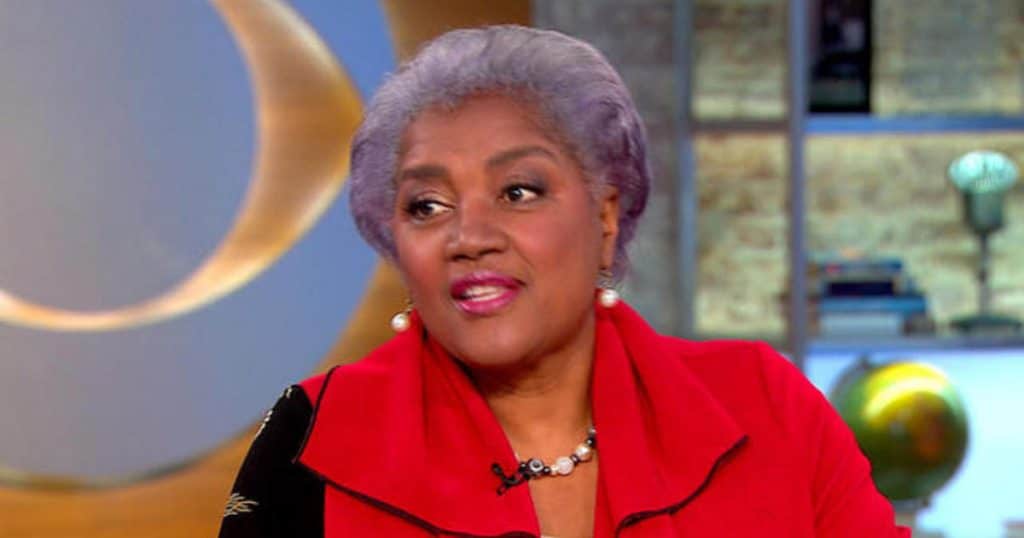 Donna laid all of her cards on the table and was poignant, funny, inspirational, hilarious, sistergirl personified with an attitude to match.

Erase everything you think you know about her.

Here are 5 Times Donna Brazile Helped Me Get My Life During the Women of Power Summit. She’ll help you get yours, too.

Our sisterhood is strong.  Without sisterhood, we have no power. That is why it is important for us as women of color to be in solidarity with one another and help pull one another up. It is a thing that we should do, period. It is non negotiable. Donna Brazile stands up and out for her women in arms, and I’d like to think that I do, too.

When I shine, you shine. Let’s do this!

“Only you can define your potential. That’s what it means to have power on your own terms.”

Oftentimes, we give other people permission to tell our story. To cosign us. To define who we are as women of color. That is what we need to stop doing. We have to take back the power and give it to ourselves. Write our stories, and define what is important to us and what it means to be who we are. That is real power.

Donna opened my eyes to this, because I have been guilty of looking for others for validation. Nah. That stops today. 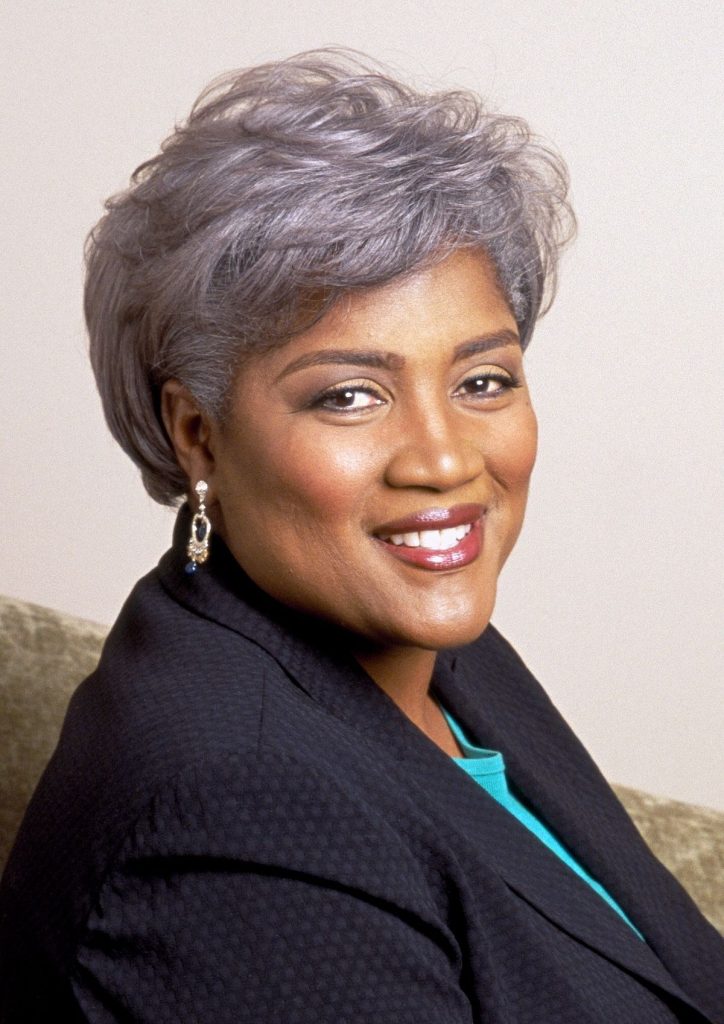 “If they don’t give you a seat at the table, bring a folding chair.”

Donna Brazile was a student of the brilliance that was Shirley Chisholm. She quoted her during her morning keynote conversation to give us in attendance a manifesto to stop asking politely. If you are capable, competent, and courageous, demand to stop being overlooked.

It is time to lean out and not lean in.

If it’s in your spirit, write it. — @donnabrazile

Our stories are important. They matter. They can change lives. We must begin to share our stories including the good, the bad, the ugly. Donna said she wrote her book because she didn’t want history to say who she was—she owned her story and would tell it her way.

Are you going to be the author of your story?

“In my future, I’d like to run Donald Trump out of the White House.”

I hardly ever discuss politics on this blog because that is not my lane, but when Donna Brazile said this, the place erupted with applause. When asked what her future plans were, her answer was pure Donna—uncut, unfiltered, and badass. 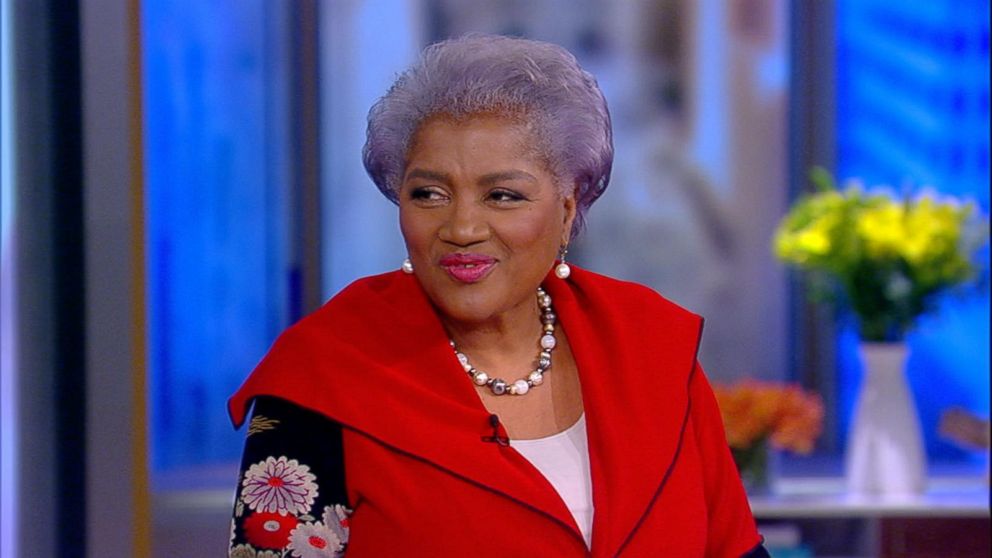 Donna, girl, if you are reading this, you have won me over!  Not that you care, but I appreciate your honesty, candor, and real talk approach at the Women of Power Summit.

You can read more about Donna Brazile and her rise as a political star in her book Hacks: The Inside Story of Break-Ins and Breakdowns That Put Donald Trump in the White House.

Oh, and did you know that Brazile is an actress and has a few roles under her belt? Am I the only one who didn’t know this? 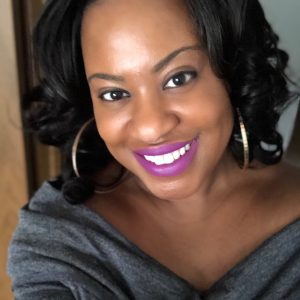 March Must Haves for Working Moms