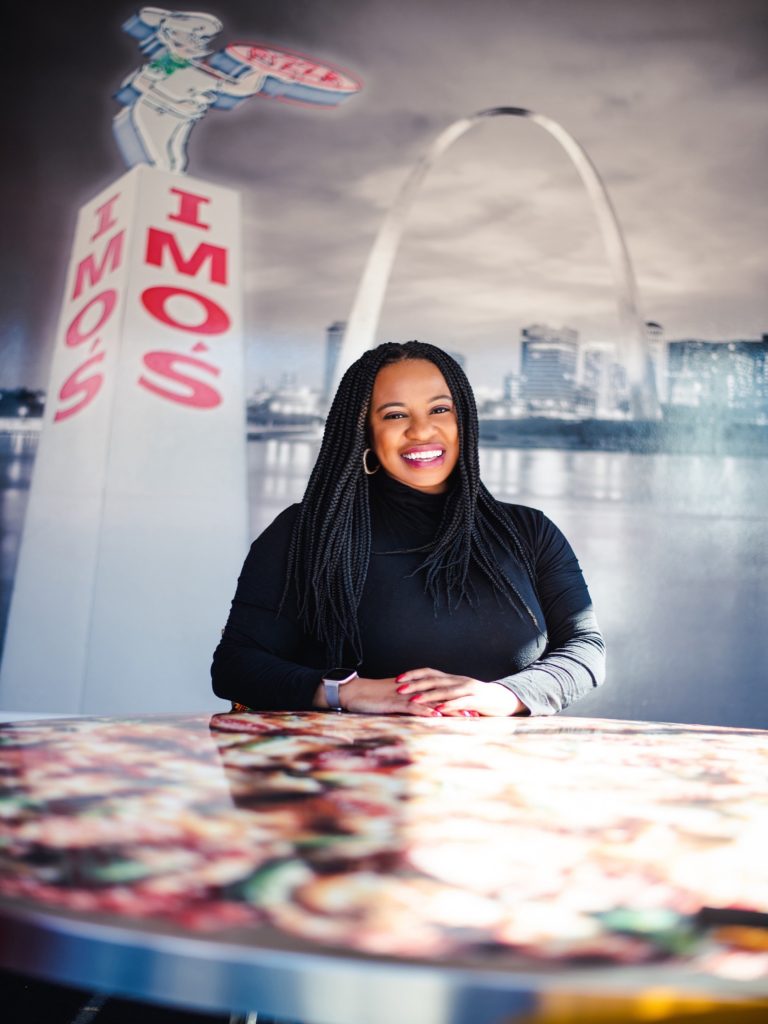 A lot can be said about 2021. It’s been a year of tons of ups and downs while we all learned to pivot and adapt after almost two full years living in a pandemic. We had extreme highs and extreme lows and the best thing about it was that we survived. Out of all of my accomplishments this year, I am most proud of that one.

Professionally, it was a banner year for me. Personally, I faced many challenges and I think that I handled them to the best of my ability. Taking it one day at a time surely helped.

I thought it would be reflective to look back on the year and my most memorable experiences.

At the beginning of the year, I wrote down a list of goals that I wanted to achieve this year. Little did I know that 8 out of the 10 goals I had on the list have been checked off. As for the other two, well, they are back on my list for 2022. Let’s hope this year I get it done. 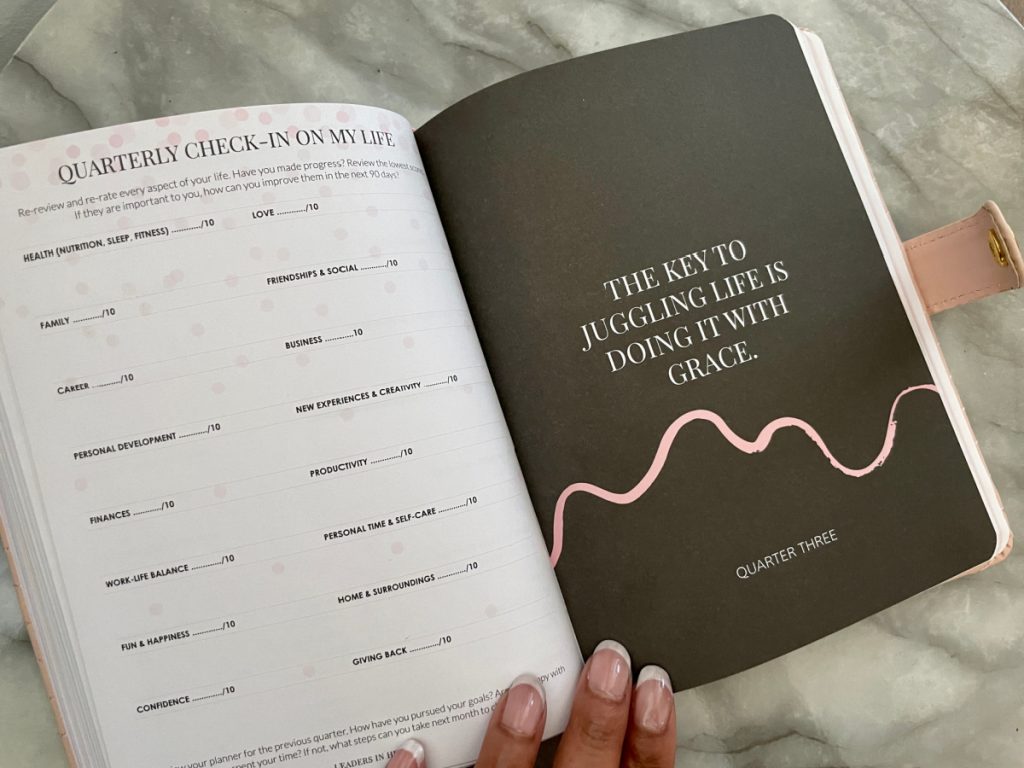 My daughter turned 17 and we celebrated at an AirBNB downtown. I also took my first post-pandemic flight for Valentine’s Day.

I got fully vaccinated and officially became #TeamPfizer!

I took my first fully vaccinated trip to Las Vegas with my better half and experienced Vegas post Covid-19. You can read all about that adventure HERE. 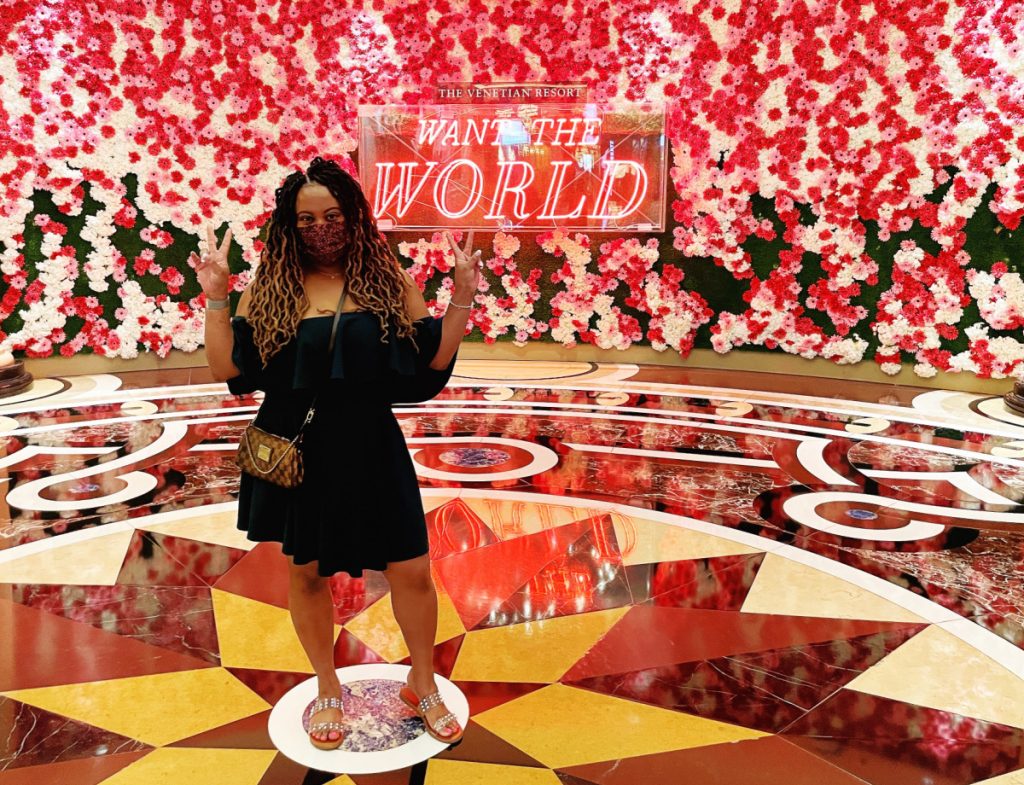 May brought partnerships with Dr. Teal’s and Ameren UE just to name a few. My daughter became fully vaccinated.

My 27 year-old son had open heart surgery for a heart defect that we only learned about last year. I flew to Los Angeles to be with him during and after the surgery, and it was one of the most difficult things I’ve had to do as a mother. 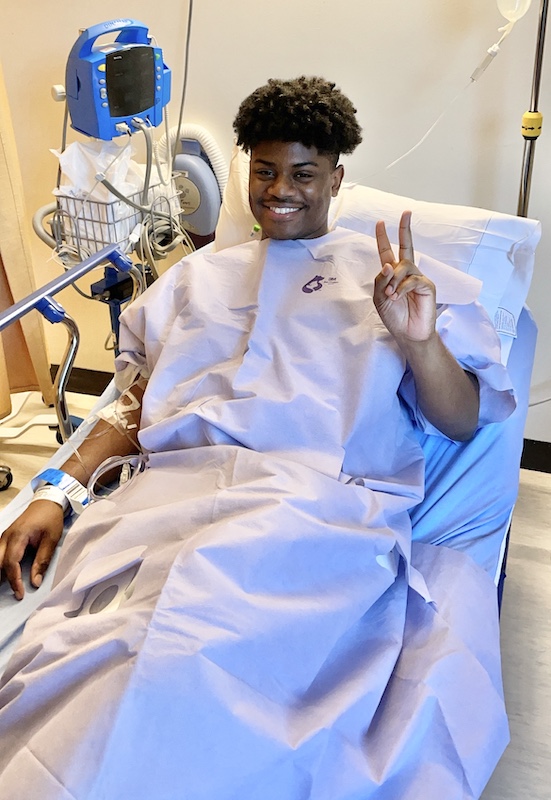 Can you say viral? I managed to take an opportunity during Simone Biles’ and Team USA’s visit to the finals here in St. Louis to create a series of viral posts for my role as Social Media Manager that made news globally.

The viral moments continued with Simone Biles as she continued to share with her millions of followers why she loved Imo’s Pizza. I also visited Los Angeles again to check in on my son with my boyfriend, who was an amazing support throughout it all.

On the work-front, I was interviewed for a segment on Inside Edition (I still haven’t seen it, but I was told that it ran at the end of the show). On the personal side of things, I helped my daughter navigate starting her senior year of high school after being in virtual learning for half of her sophomore year and all of her junior year. What a time…

I also helped celebrate Will’s 50th Birthday in New Orleans which is one of our favorite cities.

I turned 46 years old and celebrated with both of my kids and my love in Los Angeles. I also got a nice raise at my job (one of my goals for 2021).

October was pretty special. I received yet another raise (I am so blessed!), and my daughter attending her first homecoming since the pandemic began. We also sent out three college applications to her top three schools. 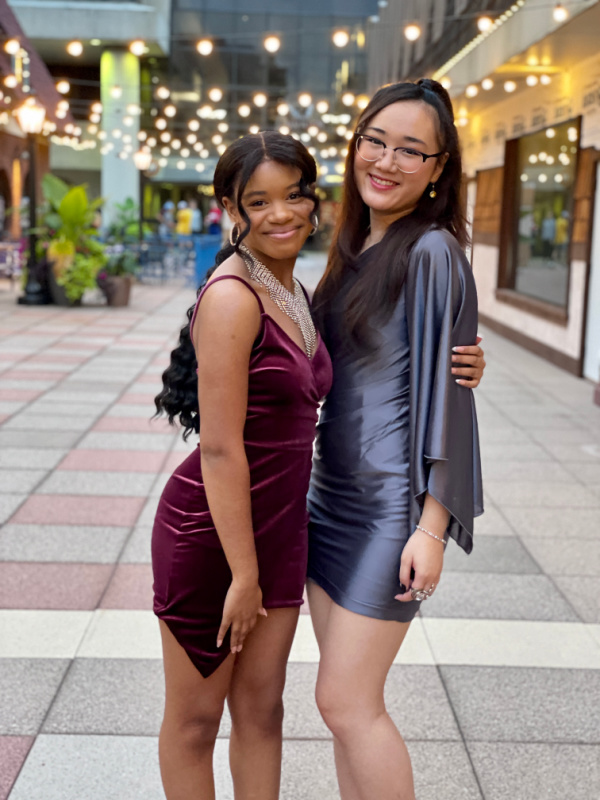 What an amazing month! I released my first novel, Christmas On Clermont Lane and outsold my initial order signed copies five times. I also began working on the next book in the series, which I plan to release in February.

Also, after two years, I got my site redesigned (another goal that was on my list).

I am nearly finished with my sequel to Christmas On Clermont Lane called A Clermont Lane Wedding, and I surpassed my goal of sold books for my first novel. 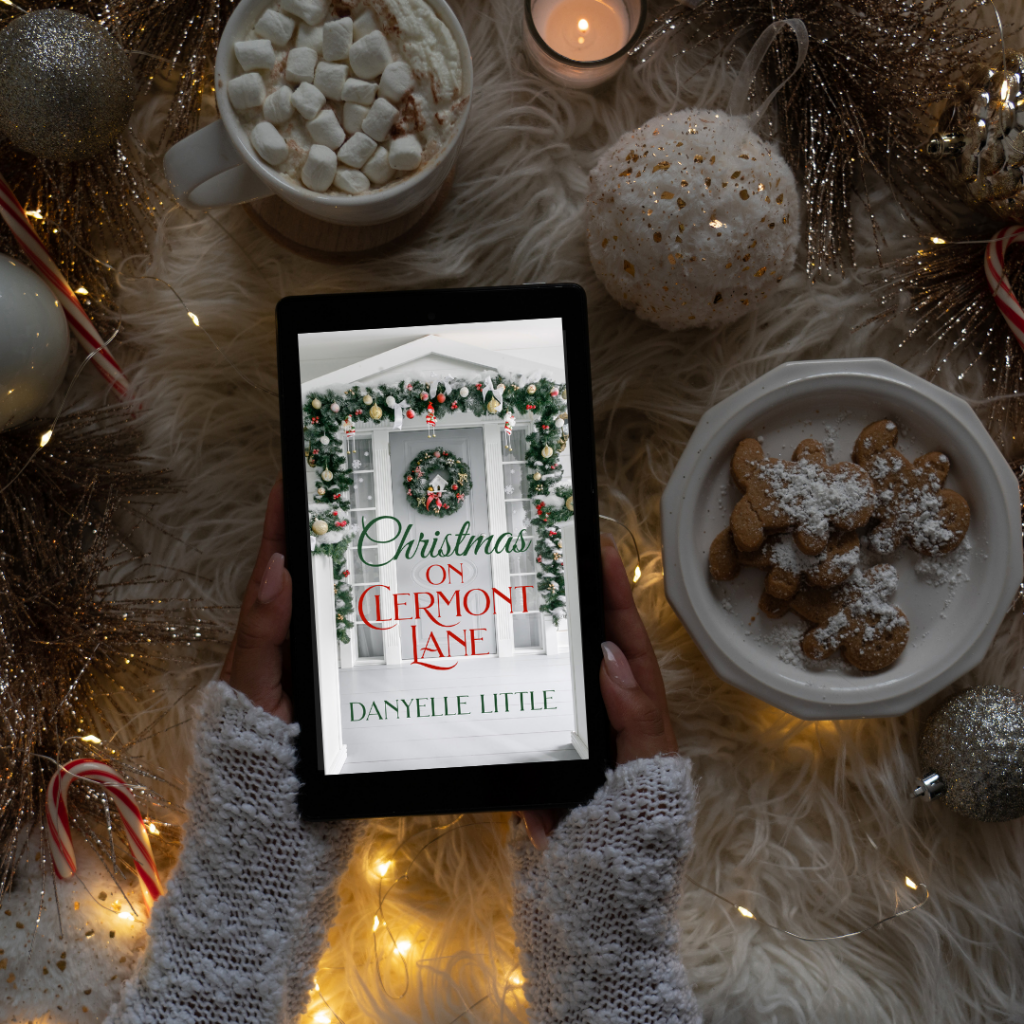 I was also featured on Rung For Women to share my career expertise, and I applied to be a Women In Leadership Fellow for Focus St. Louis. Fingers crossed that I get to participate in this amazing leadership experience.

My daughter also received two college acceptance letters as well as scholarship offers. We are still waiting to hear from her top school.

While it’s been a little difficult for me to focus on 2022 goals and what I would like to achieve, I plan on taking some time very soon to sit down and get myself together. In the meantime, I had a great 2021, all things considered. Looking forward to see what the new year will bring. 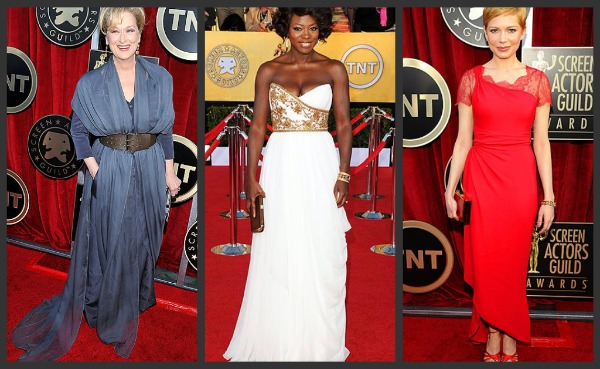 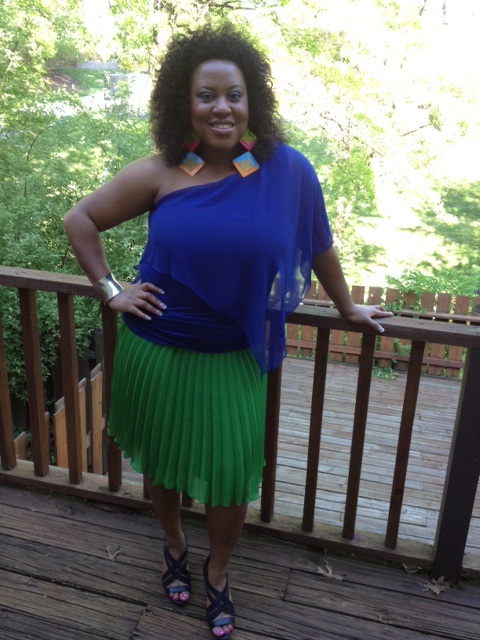 Friday, April 20th Is National Blue and Green Day: Wear These Colors, Save a Life! 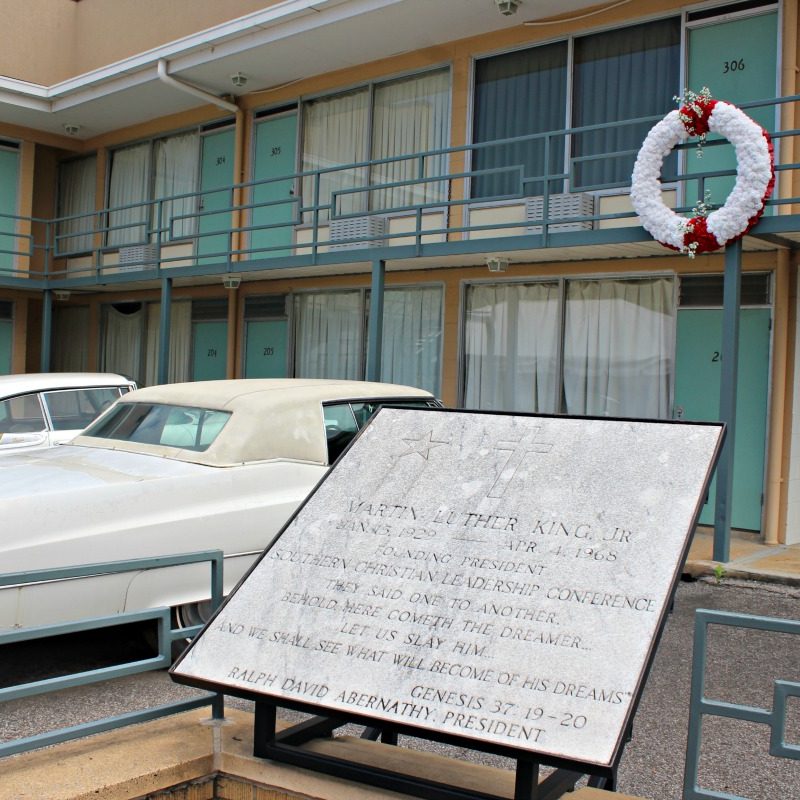 Reacquainting Myself with Memphis History, Music, Culture, and Dr. King

What Christmas Means To Me And My Family