A few weeks ago, my five year old and fifteen year old were both stuck at home for two days because their school was closed due to snow. In order to keep them active and not in front of the television the whole time, I came up with some interesting projects and activities a few years ago to keep them occupied without too much television watching.

Here are a few ideas you also can use to get the brains stimulated during these off days:

What are some of activities that your family participate in during snow days? Let me know by using the comment section below. 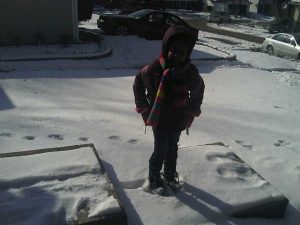 My 5 yr old enjoying the snow!