Yes, this weekend was indeed one for the record books! Dallas will never be the same after it hosted the 2010 NBA All Star Game in their newly built Cowboys Stadium in Arlington, Texas.

My good friend Tanijoy (@Tanijoy on Twitter) picked me up from the airport Saturday afternoon and we immediately went to partake in the fun and madness . First stop was the Le Meridien Hotel which hosted a free swank-fest in an upscale setting and decent drinks. Only problem was the bar-tending service was slow as molasses.

After we had our fill of that event, we walked to the Dallas Galleria Mall across the street and it was packed to capacity, so much that it was closed due to over-occupancy. Let me tell you that the hairstyles and outfits that I witnessed at this mall were to behold. I give the women props for walking around the mall in their six inch stilettos. My friend and I cracked up as we predicted that night that these women’s feet would be screaming for mercy. We ate an early dinner at Mi Concina (the food and margaritas were most awesome). We finally left the mall and went back to retrieve Tani’s car from Valet at Le Meridian and went to a Haiti event.

Sunday, Tani and my good friend Goodie who was gracious enough to let me stay in her home, ventured out to Wal-mart and then to a soul food spot called Brooklyn’s for brunch. Only problem was the service sucked, and after a few minutes we left to eat brunch at The Iron Cactus downtown. Comedian Lil Duval happened to sit two tables next to us and we tried not to clown.

The food was phenomenal and the endless mimosas were just what the doctor ordered!

Then it was too the All Star Game where we waited outside in brutal temperatures to be let in. The atmosphere was bananas and we saw so many stars, courtesy of the binoculars I rented and Tani’s great eyesight. After catching the halftime show, we left to get ready for a party being held at Club Sting where rapper Ludacris and music mogul Jermaine Dupri were holding court in VIP. Tani had VIP tickets to this affair and we had a good time for the most part. That was until I witnessed a young lady puking in the corner at the bar.

All Star Weekend was fun and fabulous! Thanks to my hostesses Tani and Goody for showing me a great time! 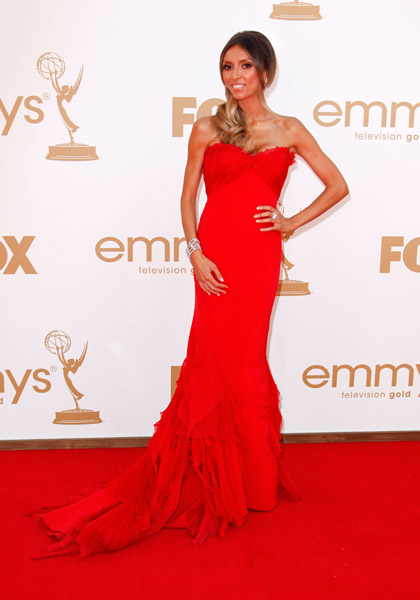