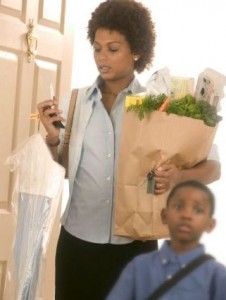 When it comes to the workforce, many things have changed, but one thing seemed to remain the same:  most working class and professional types were pursuing the same goal — career, then marriage, and then a family. But recent data indicates that the tide is changing. A new trend suggests that couples from the professional and working class  are starting their families before marriage in increasing numbers.

According to NPR, there is a major shift has begun among the working class.

“A new study by the National Marriage Project finds 44 percent of those with high school diplomas, but no college degrees now have children without being married. That’s more than triple what it was in the 1970s. And we’re not talking teen mothers; half of those non-marital births were to couples living together”.

“A lot of people, I think, see marriage as a piece of paper,” says Mellissa, a woman spotlighted in the NPR piece. “A piece of paper that costs a lot of money to change.”

Without a college degree, the “American dream” is harder to achieve. Having a family while still young and working and going to school, is a way towards bliss, even if there is a detour or two.

This supposed trend has moved, according to the study, from the minority community to the mainstream. “Since the 1960s…there’s been concern about the breakdown of family among the poor and African Americans. What’s happened now is that retreat from marriage has moved up the social ladder into the heart of American life, into Middle America.”

The study indicates that it isn’t because young adults don’t want to jump the broom. It is because couples want to experience the wedding they’ve always dreamed of, not shortchange themselves because their dream wedding isn’t in the budget.

This piece was written by me and originally published on YBPGuide.com