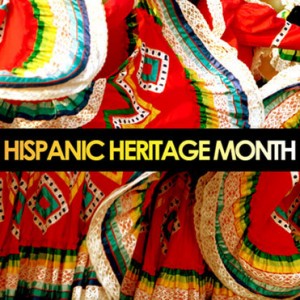 Despite the divisiveness you may read about or hear by political pundits and other media folk, most Americans enjoy embracing and learning about other cultures, races, and heritages. As we continue to learn more about one another, it brings us closer together, culminating in a unity that is not often described, but viable in our daily lives.

President Lyndon Johnson encouraged the first National Hispanic Heritage Week in 1968, and in 1988, President Ronald Reagan extended the recognition to a full month.

What is important is that each of us take a moment to reflect and appreciate this culture which has been derived from South America, Spain, Mexico, Central America, and the Caribbean. The hispanic culture is steeped in tradition of hard work, determination, and leadership.

Hispanics such as U.S. Supreme Court Justice Sonia Sotomayor, singer and activist Joan Baez, actor Desi Arnaz, Rita Moreno, Ceasar Chavez, and singer Celia Cruz are just a few groundbreakers of spanish origin who have shaped our culture and defined the way we live. Their contribution to our society has made a great impact in our world.

I urge each and every one of you to help celebrate National Hispanic Heritage Month by learning about the spanish culture and the people in which gave it its foundation.