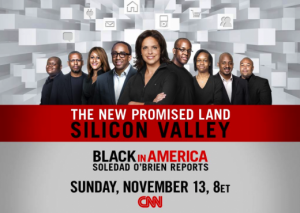 For several weeks, there has been buzz regarding CNN’s newest installment of Black in America which focused on African Americans in the technology arena in Silicon Valley. Centered around NewMe founders Angela Benton and Wayne Sutton, the program spotlighted 8 people, 6 chosen to live together at the NewMe Incubator home in Palo Alto, California. Here they learn the intricate ins and outs of the technology world at Silicon Valley and prepare to pitch their ideas and work together to make it happen.

During the program, we learned how small of a role African Americans play in the tech world. According to data given in the special, only 1% of tech companies in Silicon Valley was founded by Blacks. We tend to be heavy users of technology, but not creators. This is indeed a problem that the NewMe wants to change.

Black in America, The New Promised Land of Silicon Valley was a great insight into the have and have-nots in Silicon Valley where it comes to African Americans. According to an interview with the founder of Tech Crunch, “…this (Silicon Valley) is a White and Asian world”. He also could not name one Black technology CEO.

With the motto of “no wack demos”, Angela, Wayne, and crew went on a mission to  change this, one start-up at a time. By perfecting their pitches and helping one another reach their goals, they all hoped to rise to the occasion on Demo Day.

I was most impressed with NewMe Founder Angela Benton. Angela was a teen mom at 15 and is now a single mom of three. That did not stop her from succeeding. Angela received a Master’s of Graphic Design and started BlackWeb2.0, one of the preeminent Black technology sites on the web. By creating the NewMe Accelerator, Angela wanted to raise the stakes with her start-up Cued.

NewMe Accelerator member Tiffani Bell also motivated me during the broadcast. Tiffani is a graduate of Howard University and is one of the few Black female programmers out there. Her site PencilYou.in, an online appointment and calendar service for beauticians and cosmologist, works as an “online appointment book”.

8 people in a three bedroom house, 9 weeks, and hundreds of hours working showed us viewers the tenacity of these individuals. And although only ONE of the NewMe Accelerator members received funding after Demo Day, the fact that it was created and was successfully launched speaks volumes. Now that a dialogue has begun due to the accelerator and the Black in American special, we can begin to make a change.

What did you think of Black in America, The New Promised Land of Silicon Valley?

Writer’s Note: Angela Benton is also the creator of The Young Black Professionals Guide, a site in which I have contributed articles. 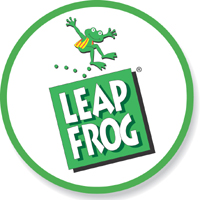 Leaping for a LeapFrog Party: You Are Invited