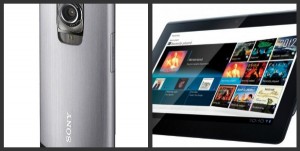 In January, I was able to attend the International Consumer Electronics Show (CES for short) for the second time. I was also able to cop some pretty fabulous tech swag while I was there as well. Two of the items that I received while in Vegas were from Sony—and they are two of my favorite items out of everything I brought home. They are the Sony Bloggie Live and Sony’s S Tablet. Since I have had several weeks to play with them and use them in my everyday life, I thought it was time for me to do a Cubicle Review of these items and let you know my thoughts on these swanky Sony products. 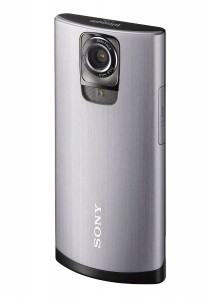 The Sony Bloggie Live is a digital video camera that also takes still shots. It’s a “live” device because it is wifi enabled, meaning you can upload video via a wifi connection without having to connect it to your computer. You can also live stream using the device via Ustream and create some pretty amazing video in the process. The Sony Bloggie Live was released just shortly after CES in the market and I feel rather cool that I was one of the first people to try it out.

The camera is pretty lightweight and rather user friendly. It is lighter and easier to hold than the Cicso Flipcam (RIP) and creates HD images as well. I’ve used the Sony Bloggie Live video camera to create a few videos on my You Tube channel and they have come out rather nicely. The sound quality is rather impressive too and the Sony Bloggie Live has pretty much replaced my Flip cam for everyday video use.

One drawback that I do not like about the Sony Bloggie Live is, because it is so intuitive, sometimes it records sideways even when being upheld right side up. I used the Sony Bloggie Live to record a video on my tripod in which it was screwed in place, but when I played it back, it was sideways. I think this was because while adjusting the camera, I titled it a little, and because it’s sensitive, changed the origin of the way it recorded.

But the drawback is one thing that I love because, unlike most mini video cameras, you can change the video orientation by turning it, which makes it a great tool to be pretty creative.

All-in-all, the Sony Bloggie Live gets a rating of FAB from me and I love it! 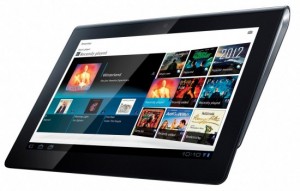 I was very excited to get the opportunity to be given the Sony S Tablet. It is a tablet that runs on the Android Honeycomb operating system. The Sony Tablet S is lighter than my other tablet (the Motorola Xoom) but is thicker, although, easier to use and hold. There is not much that separates the Sony S Tablet from other tablets other than it’s vibrant screen, which seems to pop out at you. But the Sony S Tablet does boast something that the other tablets don’t have—it’s fabulous Sony Entertainment Network that has an array of movies, primetime and cable shows, and other features. And you know since it’s Sony, it has to be good!

I downloaded the movie Contagion on my tablet for a flight and loved watching it on the Sony S Tablet. The sound was amazing (standard headphones) and there was very little skipping, pausing. It was almost like watching it on TV. The fact that it is integrated into the tablet makes it easy to use—just download it and viola! Also, if you have a Playstation Network account, you can use that on your Sony S Tablet.

I utilize this tablet more than the others that I have, so this tablet is definitely gets a FAB rating.

The Sony Bloggie Live video camera and the Sony S Tablet are both great additions to my Digital Debutante Lifestyle. They are Cube approved! 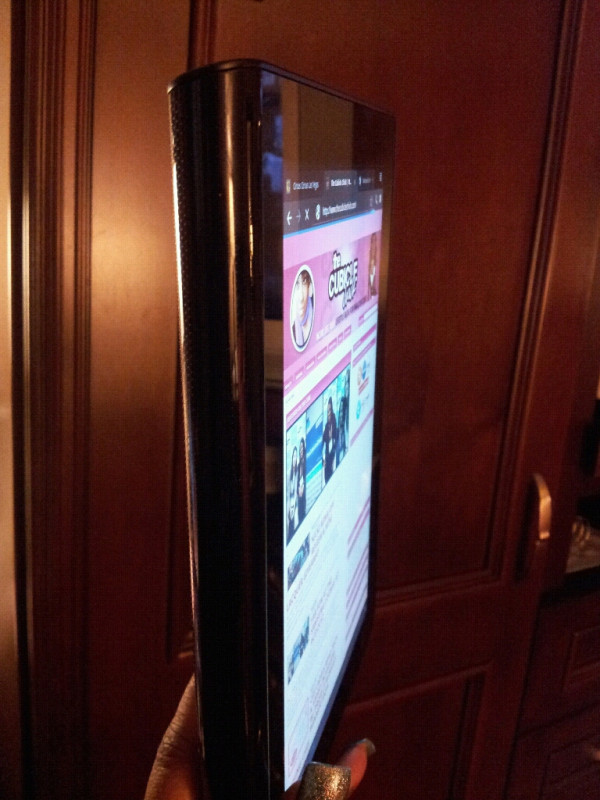 I, The Cubicle Chick, received the Sony Bloggie Live at a Clever Girls Collective Ladies Who Tech event during CES. I blogged about that event HERE. I received the Sony Tablet S at an event sponsored by Techlicious Mom event. All the opinions expressed on this post are mine.