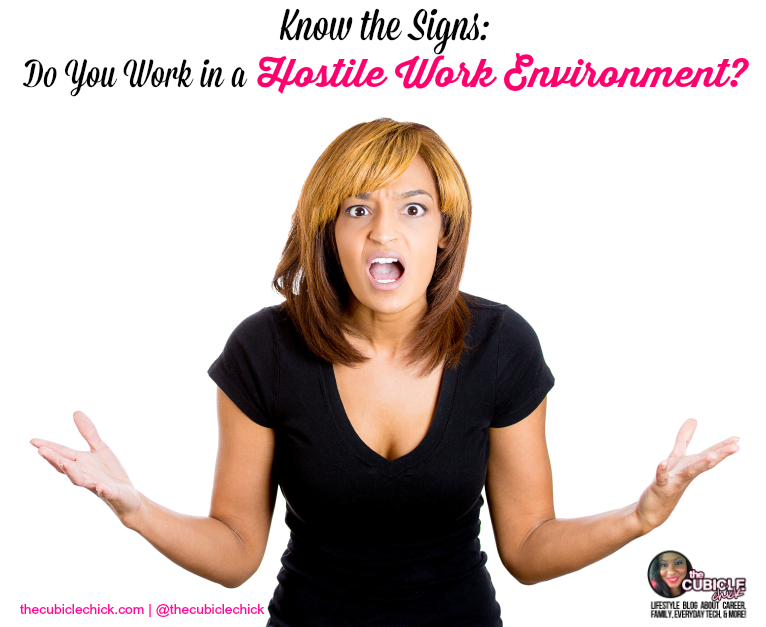 I can think of one instance where I worked in a hostile work environment in the past. I was making extremely good money in my field and thought that being treated like that was par for the course. But over time, I learned that it was not a place that I liked to work in. It was negative, demeaning, and would literally make me sick at times.

My boss was overly demanding and would often lure us into meetings and then use foul language and cursing to “scare” us into doing what she wanted. We were also given information about one another to then use against us when it was called on, and created an environment which was difficult to work in. I ended up getting fired for not hitting my goals two months in a row. I was upset when it happened, but later was glad I was finally able to leave such a chaotic and negative workplace.

The most important thing in dealing with a hostile work environment is to know the signs that you are working in one. Those signs may include:

If you’ve experienced any of the following, you may be working in a hostile work environment

What can you do?

It is important to report the goings on to HR personnel. If your company doesn’t have an HR department, consult your boss or manager. If your boss or manager is the one proving the hostile work environment, consult a district or corporate manager if you can. Document all harassment (dates, incidents, etc.) and also keep any emails and written documents that can prove your case. If the hostile actions include harassment, sexual or otherwise, or you fear for your safety, consult an attorney who specializes in workplace issues or contact your EEOC of Department of Labor.

No one should be subjected to this type of behavior, and it can be against the federal law and subject to fines and sanctions.

For more on hostile work environment, click here and here. 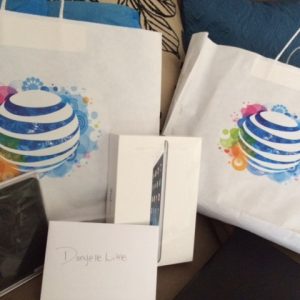 [Sponsored Giveaway] What Does Your Inspired Mobility Look Like? Win an AT&T iPad Mini #InspiredMobility