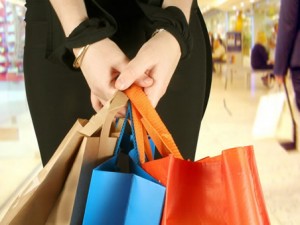 I have been on a blogging vacay for a few days in order to celebrate the holidays with my family. But when I returned to reading emails and news yesterday evening, a pretty good report came across my inbox so I had to share it with readers!

Forbes magazine, in their first ever Best Shopping Cities in the U.S. report named the top U.S. cities to shop. The report was released last week and you might be shocked at the results. New York City, known as the shopping mecca for the U.S. (and the world) didn’t get top prize. Despite having every store that you can think of alongside the most trendiest residents in North America, NYC wasn’t tops on the list. In a list of 25 cities, NYC landed at the #22 position—ouch! Now THAT had to hurt!

Now, to be fair, I have shopped in NYC and I love the boutiques and atmosphere that surround me when I shop there. On my list of places I have personally lived or been to, NYC is tops on my list, but what do I know? Obviously, Forbes believes NYC is overrated as a shopping source.

Peep the list for yourself and see who snags the top spot for shopping:

My city of St. Louis isn’t even on the list and I totally agree with that (which is why I shop a lot online). Houston snagged the #1 spot for shopping, bargains, and exclusivity. I lived in Houston some 28 years ago so of course I was too young to assess the shopping there and things have changed greatly since then. Kudos to Texas for having the #1 and #2 spot with Dallas behind Houston. I went to Dallas earlier this year during the NBA All Star Game and was loving the stores and shopping haunts we visited. I could easily see Dallas taking over next year as the #1.

A few other cities I’ve lived in are also on the list:  #7 Phoenix is a great area to shop (and I silently want to move back there, quiet is kept!). Jacksonville, FL made #9 and I am thinking the shopping has improved there because in the 90’s, it sucked! Memphis, TN came in at #23 and I can say that Memphis does offer good shopping. It’s nice to see them on the list.

Did your city make Forbes’ list of Best Shopping Cities in the U.S.?

New Year Resolutions or a Chance at a New Beginning?
The Price of Perfection (and is it worth the cost): Lesson from Black Swan