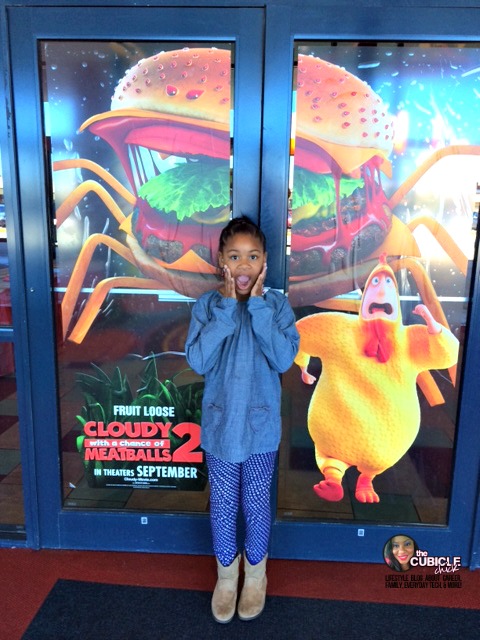 Last weekend, The Chicklet and I got to see an advanced screening of Cloudy with a Chance of Meatballs 2. The movie begins where the first one left off; scientist Flint Lockwood’s last invention was a hit, but soon turned miss when his town was overrun with food. Flint and his friends must leave Swallow Falls, for a animated Silicon Valley where Flint’s idol, Chester V houses his The Live Corp Company. From there, the story is a battle of good versus evil, and you don’t know until almost the very end who prevails.

Flint and his team of friends and furry animals make this  a fun film to watch. My daughter most enjoyed Barry the Strawberry, and the other foodimals that encompass the Swallow Falls. Other foodimals in the film include shrimpanzees, melonheads, apple pie-thons, tacodile supremes, and melting butter that turns into “Parkay”. Uber cute.

It’s The Cubicle Chick and The Chicklet approved. 🙂

To learn more about the movie, visit the official Cloudy with a Chance of Meatballs 2 website. On the interactive site, you kids can play games, watch movie related videos, and more. They can also take a Foodmobile tour. 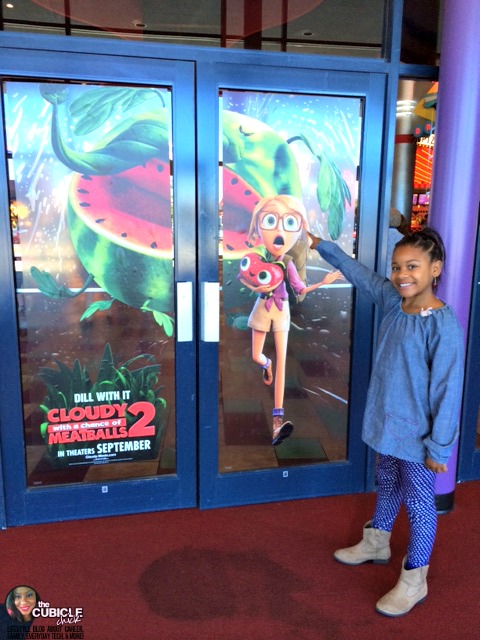