Cubicle Confessions is a series of posts in which I answer career questions via emails I’ve received. It has been awhile since I have posted one, but after receiving this query from a reader last week, I felt compelled to give my two cents from an HR management view. I also wanted to get the opinions of you readers, who seem to have good advice when it comes to submitted email questions.

This week’s Cubicle Confession comes from Kaleb* who currently lives in the South. He feels he has been slighted because of “racial politics” at work.

I’ve been reading your blog off and on for about a year now and I’ve been wanting to send you an email for months, and finally got up the courage to do so. I’ve been working for the same company in the IT department for over two years, and I’ve climbed up the ladder rather quickly. When I first began working here, it was owned by a different company. Now that we’ve merged with this new parent company, I feel I am being overlooked for promotions because I am black. In my department, there have been several people who have been hired after me, and two of them have been promoted and now are over me.

I’ve had exemplary reviews and have been given more commendations than anyone else in the department. My manager has said this many times in meetings. In over two years of working here, I’ve only missed 3 days of work, and that was because I got the flu. During the past year, I haven’t missed any days of work, and I’ve even come in on two separate holidays on my time off to handle an issue that no one else knew how to handle but me. And yes, that means the people above me didn’t know how to handle it either, and I am talking about those who received the promotion over me.

I’ve never been written up or had a warning. I’ve never been late. I am always punctual and on-time and I consider myself a team player. I’ve done everything asked of me and then some. I have been rewarded with several bonuses because of the job I do. But when it comes to being promoted when a higher level job that I am more capable of doing, I am looked over.

When I asked my manager during my last review why I wasn’t selected for the higher position, I was told that because it required travel, the higher-ups were afraid that if something serious happened in the center and I was promoted, then I might not be in town to handle it. I bought that story for awhile until I overheard his manager telling him that I should’ve been promoted months ago, but the parent company doesn’t have any minorities in management.

I love my job and don’t want to lose it, but I feel that I may need to consult legal counsel. What do you think?

First of all, I would like to commend you on a job well done. It seems as though you are the type of employee that a company would love to have (and reward). And it also seems that you have found a career that you are very happy with. So it is understandable that you are feeling cautious as it relates to making any waves regarding this issue.

Before you go the legal route, I would suggest that you have a CTJ conversation with your manager and their manager. That way, everything is above board and will be noted (if you have a separate HR manager, I would also have them in the meeting). Lay your cards out on the table. Let them know your thoughts. It seems to me that you have been relying on hearsay (perhaps) when it comes to this issue. In this meeting, let them know your concerns and your grievance. Be professional. Don’t be emotional.

If at that time, you aren’t given a satisfactory answer or response, then yes, please seek legal advice. I am not an attorney so I cannot advise you on if you have a good case or not for discrimination. But I can tell you with the information you have supplied, it does seem rather strange that someone with your exemplary record hasn’t been given a promotion.

It is against the law for any employer to discriminate based on sex, race, religion, ethnic background, age, or disability. But it could be very hard to prove that you have been passed over for the promotion because of your race. You would need actual evidence to back your claim, and if all you have is what you overheard someone say, then you could be fighting a losing battle.

Are there any other people that you know of that have been discriminated against at your job? Or parent company? has your parent company ever been sued of found guilty for discriminating against an employee? Do they have a history of treating their employees unfairly?

These are all questions that you would be asked by an attorney or legal representative. An employer doesn’t have to give you a promotion, however. But you mentioned early in your email that you have been given promotions before. I understand that it was before your company was bought out by the current company, so all of this does seem very circumstantial, but perhaps, needs some attention from an attorney.

You can also contact the EEOC (click here) and make a formal complaint. It is also against the law for your employer to fire you because you lodged a complaint.

And if you don’t feel valued by your current employer, you can start job hunting. I know in the past when I felt I had gone as far as I could with a company, I would begin seeking other opportunities elsewhere. Perhaps there is another company that would value your work and reward you with a higher position.

I wish you well and hope it all works out for you.

What do you think of Kaleb’s email? Do you think he is being discriminated against, or is he possibly over-analyzing this situation? How would you handle it?

*The name has been changed to protect identity. Email has been edited for clarity and length. If you would like to submit a question for Cubicle Confessions, please send an email to info@thecubiclechick.com. You can be anonymous and none of your personal information will be shared. 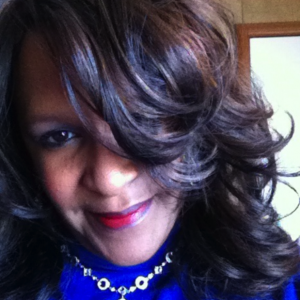