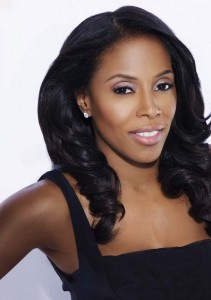 Celebrity stylist June Ambrose is mostly known for being a stylist to the stars—Jay-Z, Sean Combs, Alicia Keys, and Kim Cattrall have all been dressed by the fabulous June. Being the go-to stylist that everyone wants to use is no easy feat, and now, June is embarking on a new venture with a VH1 reality program tentatively entitled “The June Ambrose Project”.

According to the press release:

In “The June Ambrose Project”,  June and her team of tireless assistants will
take on a mix of up-and-coming and established celebrity clients ­ some
actors, some musicians — who would like to re-imagine their looks and
brands. Each episode will chronicle an image makeover and overall
rebranding, culminating in a visually stunning event designed to focus on
the celebrity’s new look.

The show will feature makeovers as well as a look into the life of June Ambrose—how she juggles work and family while maintaining her star status and manages an elite list of star clientele.

“The June Ambrose Project” is set to premiere early next year. As someone who loves fashion as well as reality programming, I am going to be tuned in to see June in action.

Will you be watching June’s show on VH1?