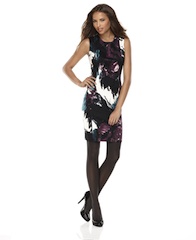 Macy’s has always been one of my favorite stores to visit during he holiday season. And when it comes to Black Friday sales, they are usually on point with their deals. This year, Macy’s is upping the ante with their first-ever midnight opening for Black Friday. You can get your eat on during Turkey day, and then stay up and raid Macy’s for what is sure to be bargains galore.

With the economy being in the doldrums and wallet’s taking a hit, stores are really trying to be creative with their Black Friday offerings.

Per the press Macy’s press release I received:

“Macy’s Black Friday specials offer customers extraordinary savings on
this season’s most sought-after gifts,” said Terry Lundgren, chairman,
president and chief executive officer of Macy’s, Inc. “This year, in
response to our customers’ eagerness to shop early for great deals, Macy’s
stores across the country will open for the first time at midnight
following Thanksgiving, giving customers the opportunity to get a head
start on our extraordinary Black Friday deals.”

During the midnight Black Friday sale, you can catch these items marked down significantly:

Not all Macy’s stores will be open at midnight, so check your local store for opening times.

What are your thoughts? Will you be visiting Macy’s at midnight on Black Friday?

Check Me Out! I am a T-mobile T-mobilizer!
Cube Giveaway: Two $15 Gift Cards to LongHorn Steakhouse