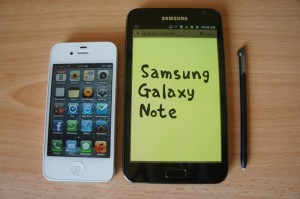 While Apple’s iPhone has remained consistent with a 3.5-inch screen, Android manufacturers keep pushing the boundaries with larger and wider phone screens. Android juggernaut Samsung just released their Galaxy Note via AT&T, which is a hybrid phone/tablet with a 5.3-inch screen, the first Android phone with a screen that large.

With screens growing with each new release, it begs the question, “How big is TOO big for a phone screen?” As screens get larger, the phones also get larger. This is definitely something to think about when considering how and to whom this phone will be marketed. Most mobile phone users enjoy the ability of using their device in one hand. Almost everyone does the “feel” test when purchasing a phone, i.e. “How does it feel in my hand?”

Once you get into the 4-4.5 inch size, you’re risking losing female customers who typically have smaller hands. They might find such a large phone, especially at 5 inches for the screen, as cumbersome. Males might also find this size of a phone as problematic at times as well. Unlike the many Cubicle Chicks out there, Tech Guys (often) don’t carry around an extra bag in which to place our phones. In this case, phones have to pass the pocket test. If a phone doesn’t fit comfortably in a pants or suit pocket, it can be problematic.

Another issue that consumers may encounter with the larger screen size is a reduced battery life. Although most of us have a love affair with our Android phones, battery life is admittedly one of the only negatives about the mobile platform. With an even larger screen, the phone requires more battery to power it. What kind of battery life will these 5-inch screens have?

While these large screens definitely aid in keeping us (and even our children) entertained, at what point is a screen/phone too big?

Do you plan on getting the Galaxy Note? How big is your current phone screen? Let us know! 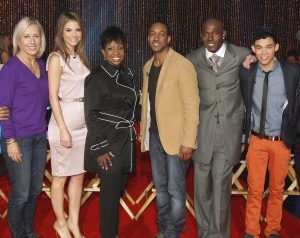 Boob Tube: Cast of Dancing With the Stars 2012 Announced