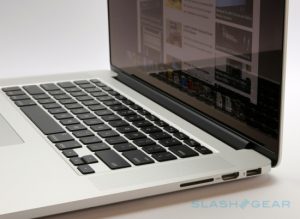 Last week when the new specs and information was released for the new MacBook Pro, I swooned. I tweeted instantly upon seeing the upgrades that I needed to have it. There is something so sexy about having a new piece of technology that is being coveted as the latest and greatest thing out there.

I began to think of ways I could buy the new MacBook Pro machine. I have enough cash in house to make the purchase without using a credit card or financing. But the more I thought about it, the more I felt the need to take a step back and really think things through before I just went out and bought a new MacBook.

I got my current MacBook last year refurbished, so the thought of having a new one straight off of the new release made my mouth water. But in reality, there’s nothing really wrong with my MacBook. It does what I need it to do, and it works just fine. It’s not the latest and greatest thing out there—and I guess that is why I want the new one.

Apple and the powers that be want us to drop our not even 1 year old machines for their latest technology because, of course, money makes the world go around. And the “swag” and instant “wow” factor you receive when you are using the most fabulous thing out on the market can do a lot for one’s ego. But in the end, is it really necessary?

I am not balling like a Kardashian (yet), so even though I may be able to buy a new MacBook Pro doesn’t mean I should run out and get one. Living within one’s means and balling on a budget must be done at all costs—even if that means I am not carrying that new MacBook Pro. Going for broke for an expensive car that depreciates as soon as I drive it off of the lot, or buying a new computer when another one will be replacing it in a few months may not be the best investment. A girl’s got to be smart about these things.

So, despite my tweet about wanting to go out and buy that new Apple machine, I won’t be getting it any time soon. And I am cool with that. I will continue to use what I have for now.

Are you going for broke for the latest technology? Are you addicted to buying the latest and the greatest? Sound off in the comment section and let me know. 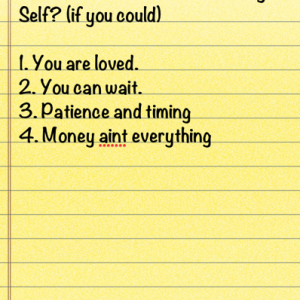 Vlog: What Would You Tell Your Younger Self?