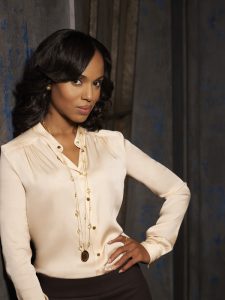 ABC’s hit drama Scandal became one of my favorite shows of last season. Actress Kerry Washington sizzles and slays as a ‘fixer’ behind the scenes in Washington, D.C., and with all of the twists and turns the storyline took, it was indeed must see TV.

ABC has released a full trailer for the upcoming season of Scandal, which premieres on Thursday, September 27th. Word on the curb is that actress, Elise Neal, will also be joining the cast, giving us more scandal to add to the other skeletons in the closet.

Peep the Scandal season 2 trailer below and let me know your thoughts. Are you ready for more Olivia Pope?

Back to School Safety: 6 Ways to Keep Your Child Injury Free at School
Toyota Entune: A Complete Multimedia Experience For Your Car

Hi there! I'm Danyelle Little, a St. Louis blogger, mom & former HR manager who now runs The Cubicle Chick full-time. This site is for those of you who like to get the best out of both worlds-personally and professionally. Enjoy!