New year, new hairstyle, new White House Portrait. Last month, President Barack Obama ushered in his 2nd term of presidency and did so with the FLOTUS standing by his side as he was inaugurated. As with past presidential terms, both the President and First Lady took new official White House portraits. Michelle’s new portrait shows off her new bangs, and gives her a softer appearance than her previous official shot.

The new photo was taken by White House photographer Chuck Kennedy, and was taken February 12th.

I love Michelle’s bangs, and think her new official White House portrait is quite fabulous. No matter if she’s with or without bangs, I simply love her style.

What do you think of Michelle Obama’s new official White House portrait? 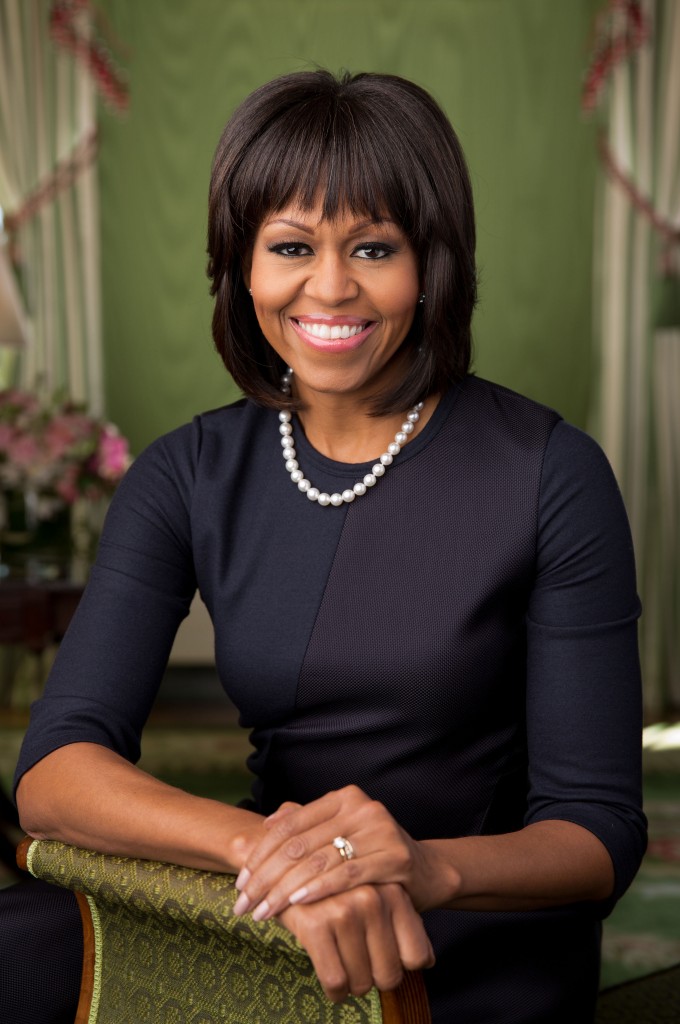 Here’s a composite of the new look versus the previous White House portrait taken in 2009: 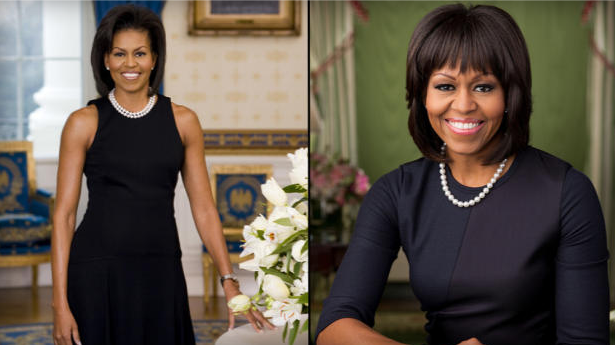