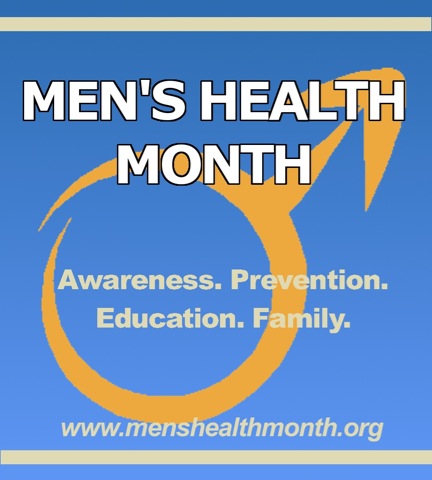 June marks eight months since my father passed away of heart disease and related complications due to diabetes. Not a day goes by that I don’t think of him or the fact that he is no longer with us. My father had been in poor health the last fifteen or so years of his life due to issues with his heart and his weight. My dad was not the type of guy who liked going to the doctor, but didn’t have much of a choice in recent years because he was so sickly. Many of the factors of his heart disease came from poor eating habits and lack of activity and mobility. With June being Men’s Health Month, I wanted to bring attention and awareness to it, hoping that other men will take note and begin to take their health more seriously.

Many of these medical conditions, if caught soon enough, can be treated. Like my father, most men do not like to visit the doctor or get a regular medical exam. Early prevention and detection of these diseases can go a long way in extending a man’s life. With Men’s Health Month, the goal is to bring attention to the importance of men’s health and prevention.

…heighten the awareness of preventable health problems and encourage early detection and treatment of disease among men and boys. This month gives health care providers, public policy makers, the media, and individuals an opportunity to encourage men and boys to seek regular medical advice and early treatment for disease and injury. The response has been overwhelming with thousands of awareness activities in the USA and around the globe.

Ladies, pull the men in your life aside and encourage them to get checked out on a regular basis by a medical physician. Men need to be just as proactive as women are when it comes to their health and well-being.

In addition, inspire them to eat well and live an active lifestyle. Make living a healthy lifestyle an everyday thing.

We’d all like to think that our men are invincible, and that is the same thing I thought about my dad. Now he is no longer with us.

Please wear blue at least once in June in honor and support of Men’s Health Month.