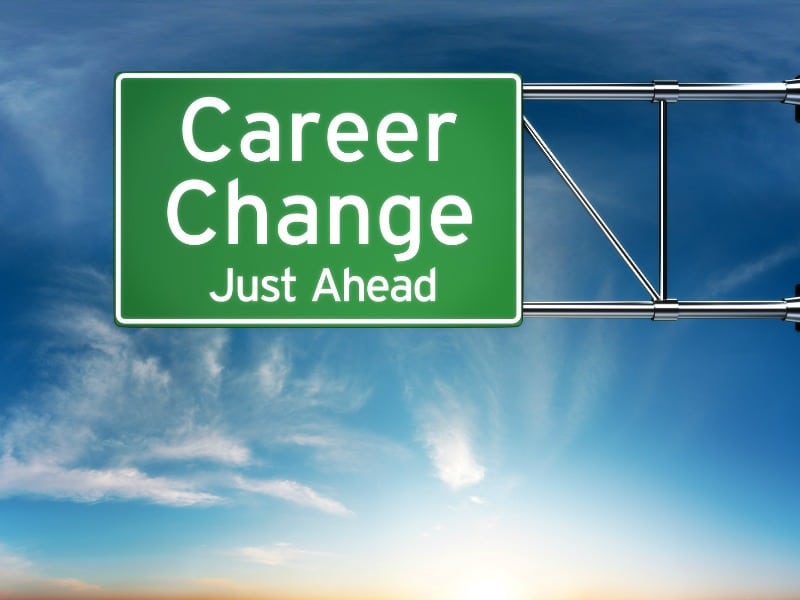 There can be multitudinous reasons why a person may decide to make a career change, but regardless to the motive behind the decision, changing careers can be a frightful endeavor. A significant amount of the anxiety associated with changing careers is directly linked to the fear of the unknown, which is inherently common with the vast majority of people in the world. Fortunately, there is a way to reduce the level of anxiety associated with the fear of the unknown, and that is to effectively prepare for the transition.

The more a person knows about their future career, the more comfortable they will be with the transition. A number of common practices have proven to be remarkably effective in preparing an individual to enter into a different career field than they one in which they have previously worked. Following, are several of the most effective modalities for preparing for a career change.

Changing careers is not something that should be done on a whim; it is something that should be given a substantial amount of consideration. In addition to giving the career change the consideration that it deserves, it is also important to conduct the proper research of the field that is being entered. Unfortunately, there are a significant number individuals who make the determination that they are ready to make a career change based on some sort of emotional stimuli, such as the emotional instability that is normal after a divorce or break up, or they allow workplace frustrations to serve as an impetus to push them towards something different.

What research has proven is that if a person’s career choice is not tied into their passion is some sort of way, they will inevitably burn out, or they fail to achieve any level of fulfillment. Having a career that is tied into some that the individual is passionate about is vital to creating the optimal work experience. It is important for anyone who is considering a career change to make sure that it is actually a career change that they seek. It can be true that their current job may not be cutting it; however, that does not necessarily mean that it is time for a career change. A new work environment, with more challenging and fulfilling responsibilities, may be all that is needed.

Taking the time to completely evaluate the situation can save time and frustration. A person should be able to completely articulate and explain why they desire a career change. The inability to effectively communicate the reasoning behind the desired change may be highly indicative of an emotional decision that the individual will regret later on. Once a person has done their due diligence, they can move on to the next phase of the career change process.

A certain portion of individuals who are looking to make career changes already have an idea of their next move; however, there are a substantial number of people who are certain that they want to make changes, but they are not certain of what direction they want to head in. One tool that has been proven to be highly efficacious in helping individuals determine their next career move is the use of a career aptitude test or a personality test.

When the person uses a quality and well-chosen career aptitude test or personality test, these tests have the capacity to offer a useful framework to help an individual make a decision as for as their middle career transition is concerned. The primary issue surrounding these types of tests is the fact that there is so many, and choosing the right one is essential to ensuring that the proper context and framework is established during the decision making process.

It is important to understand that all career aptitude tests are not created equal. Finding the right test is paramount to getting the most out of this particular strategy. The effectiveness of these types of tests is heavily dependent upon the comprehensive nature of the text, meaning that short, concise tests are probably not going to produce results that are as accurate as a more comprehensive test. As far as those aptitude tests that are offered free online, although they may be fun, and they may reveal a few things about an individual, they don’t have the specificity to provide the in-depth assessments of personality and aptitude necessary to point an individual in the right career direction.

Changing a career is not an endeavor to engage with a mindset of jumping off of a cliff and then learning how to fly. The results are much better when things have been thought out and precisely planned. Attempting to change careers without developing a specific plan to serve as a blueprint for success is actually a recipe for disaster. The plan should determine the manner in which the person is going to approach the transition — an incremental, step-by-step guide that ensures that all contingencies are covered. Any academic or skills courses that will be necessary to ensure that the individual will be prepared should be included in the plans.

Determining the Proper Time to Make the Change

The need to make a career change may be evident; however, the proper timing may not be as lucidly revealed. Timing is essential in every aspect of life, especially when it comes to making major transitions. Granted, there will be times when a person will not be able to control when they change careers, especially in situations such as an industry collapse; however, whenever the person has control of when the transition will take place, it is in their best interest to evaluate the timing.

For instance, attempting the transition will be significantly more difficult while going through a life altering situation, such as battling a severe illness or bringing a new child into the family. When possible, it is best to wait until there are fewer issues that carry high levels of gravity present in the life of the person.

It is important to understand that no two situations are identical, so it is important for every individual to have a lucid perspicacity of their particular situation to help ensure that they are taking the proper steps and making the best decisions along the way. 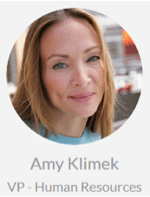 Amy Klimek is an experienced HR recruiter and VP of Human Resources for ZipRecruiter, she was employee #7 at Rent.com, where she first worked with ZipRecruiter’s founders. Her philosophy on human resources infuses the company culture: “To create an open, enriching environment by hiring the best, keeping the rules to a minimum and making it fun.” She’s married and has three active children to whom who she enjoys playing chauffeur. 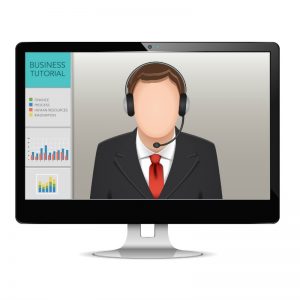