If you are an avid reader of my blog, you know I appreciate theater and the arts. I have had the opportunity to attend many events and plays at St. Louis’s Fabulous Fox Theater, which is known for its Broadway Series and for rocking concerts and exceptional theater.

This month, the Fox Theater brings us Shrek the Musical, which hails from Broadway. One of the show’s players for the tour, Sarah Peak, plays a younger teen version of Fiona. I had the pleasure of asking Sarah a few questions about Shrek the Musical, and it was such a fabulous opportunity to speak with the young actress about her career and her history in theater. Sarah has appeared as Holly in the first national tour of The Wedding Singer, and has also appeared in productions of Gypsy and Cabaret.

Read what the talented Miss Sarah Peak has to say to TheCubicleChick.com readers: 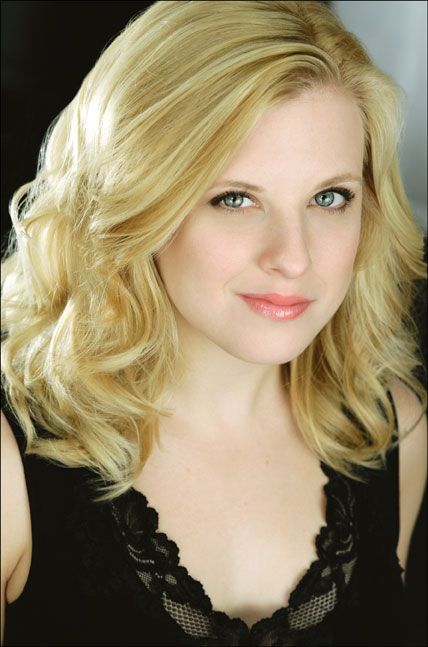 TCC- Sarah, what is it like playing Teen Fiona?

It is so much fun to play Teen Fiona. For that one scene in the show I get to be a princess! My favorite part of the number is when all three Fionas (young, teen, and adult) come out and sing the end of the song together. It is a great moment in the show and I am very thankful to be apart of it.

Teen Fiona is a young girl who dreams of being rescued by her prince and living happily ever after. It is easy to go back to those teenage years when so much of your energy was used daydreaming about boys! Now, I can’t say I have ever been locked in a tower for years on end, but I can definitely relate to dreaming about how my life will play out and having so many hopes and dreams.

TCC- Wow, the traveling schedule for Shrek the Musical must be grueling. How do you handle it?

The most important thing is to keep yourself healthy, and the best way to do it is drink plenty of water, get lots of sleep, and take a daily vitamin! It is the same advice my mom gave me growing up!

TCC- So, what is your favorite part about being a part of Shrek the Musical?

My favorite part of being in Shrek is simply the fact that I get to perform every night and make a living out of what I’ve always wanted to do. It is so much fun to be in this cast, and the show is being well received by the audiences which makes the whole experience even better. 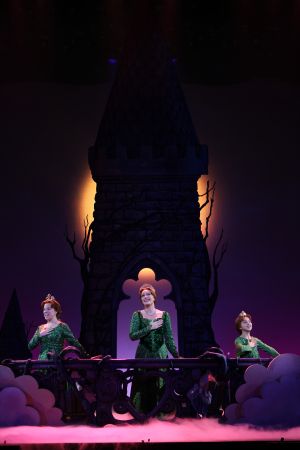 TCC- As a son who has aspirations for a career in acting, what advice do you have for up and coming thespians?

Stay persistent! I know everyone tells you that you will hear a hundred “no’s” before you ever hear a yes. And it is true! Don’t get discouraged and keep on trying if theatre is where your heart is.

As you can see, Sarah is a down to earth young lady whose talent overwhelms the stage!

Shrek the Musical is currently on tour, and will be in St. Louis at the Fox Theater from September 11th until the 26th. Shrek the Musical is appropriate for all audience ages including kids! Kids’ Night for the musical is on September 11th, with pre-show activities beginning at 12:30 pm and showtime at 2 pm. Buy an adult ticket and get a kids ticket free! For more information, visit http://www.foxpacf.org

My son and I cannot wait to see Shrek the Musical and cheer on our friend, Sarah Peak.

Will you be going to see Shrek the Musical at the Fox Theater?

Special thanks goes to Erin Hentz from the Fabulous Fox Theater for arranging this interview and going above and beyond. Thank you!