A few weeks ago, I announced on Facebook that I was given the opportunity to be featured in an advertisement for a major car company. I couldn’t release all of the details then, but was asked by the advertising agent for my site, Glam Media, to be one of several bloggers in an ad campaign. They would fly me out to Los Angeles to film the commercial, and I would get to be featured in a nationwide ad.

Of course I said yes.

Fast forward to now, and I am typing this very blog post from the Hotel Palomar Kimpton Hotel on Wilshire Blvd. in Los Angeles. Later on today, I will shoot my portion of the ad at a location here in L.A. Life is amazing!

I am not exactly sure why I was chosen, or even how, but I feel so blessed to be able to be here filming this. I never in a million years thought that I would find myself in this position, but it is something that I have always wanted to do. I started my blog first off as a sounding board, and it has grown into so many things. It has also afforded me the ability to make a lot of my dreams come true.

I am a little nervous but both excited at the same time. I am charged with the task of being myself on camera—fun, fabulous, and real. So that should not be hard for me to do!

Below are a few pictures from my first day in Los Angeles for the shoot (I arrived here yesterday afternoon) and I will also be updating both my Twitter page and my Facebook with behind-the-scenes aspects of the shoot.

I also added a video that I recorded on my iPhone the night before I left for Los Angeles explaining the particulars on why I am here: 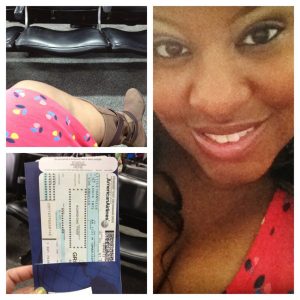 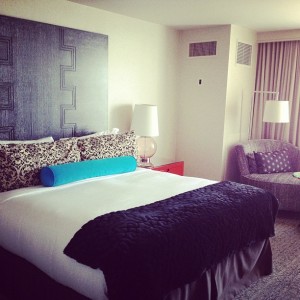 My fabulous room at the Hotel Palomar 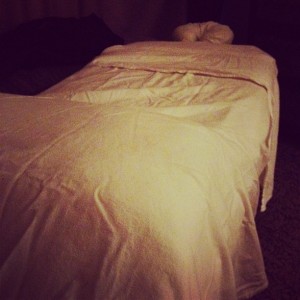 I experienced the best aromatherapy massage ever at the hotel. Heaven!

Special thanks to everyone who has sent me their well-wishes. You guys rock! 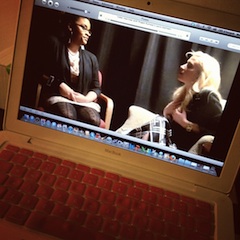