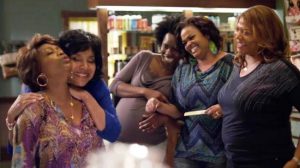 1989’s Steel Magnolias is one of my favorite movies of all time. I love those sappy, date type movies with dynamic and memorable female leads and impressive acting. The amazing cast consisting of Sally Field, Julia Roberts, Darryl Hannah, Olympia Dukakis, Dolly Parton, and Shirley MacLaine made my heart smile, and I would (and still do) watch it every time it was on the television.

Last year, Lifetime Television announced that they would be remaking Steel Magnolias with an all-star African American ensemble. And while I am a student of the “if it’s not broke, don’t fix it” school of philosophy, I can appreciate the network wanting to remake the movie with a group of strong Black actresses to tell the story in a different way. Most recently, we have seen this done with the new Broadway version of A Streetcar Named Desire starring black actors Blair Underwood, Nicole Ari Parker, and Wood Harris. Taking classic American cinema and theatrical performances and turning them into showcases for Black performers is hot these days.

Below is the official trailer for the movie, which will premiere on Lifetime Television later this year:

Not sure if it will live up to the original, but I will be watching it when it premieres to see the entire film for myself.

What do you think about the new remake of Steel Magnolias? 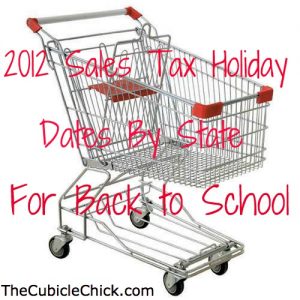 Back to School: 2012 Sales Tax Holiday Weekend Dates by State