My daughter got to do her fair share of traveling this year. This was taken at the Walt Disney statue at Disneyland back in May. It was our first trip to Disneyland, and we couldn’t visit without getting a photo of the statue.

In November, I had the honor of being a guest of Southwest Airlines and Nintendo as they surprised a full flight arriving from St. Louis to Dallas with Nintendo Wii bundles. Me and Mario got acquainted, and the rest was history.

This had to be the best view from a hotel room ever! I took this while at the Westin Diplomat Resort and Spa in Ft. Lauderdale, Florida. Simply breathtaking.

More Disney! This time, at DisneyWorld in August. It was uber hot but we can a fab time, and it marked our third visit in six months to a Disney park.

Yes, I am a HUGE Justin Timberlake fan. So much so that I flew out to Miami in August to see him perform live in the last Legends of the Summer Tour stop. My friend and I had a ball, and this Instagram was the start of my night.

My daughter and I are honorary Chicago residents—we are there THAT much. I had her take this photo while on Michigan Avenue at the bridge and it came out so well. Just had to add it to my favorites.

My son moved to Los Angeles last January (wow–it’s been almost a year!) and my daughter and I flew to see him in LA for the first time in May. Of course, we had to trek around the city and see the sites; the Beverly Hills sign is par for the course.

This year, I visited Philadelphia for the first time! I got a chance to take a photo in front of the Liberty Bell.

This was me and my Aunt’s view from the Empire State Building this past April. I was in awe!

During a flight to Atlanta, me and Uncommonchick (click here) got a chance to view the cockpit and even sit in the pilots’ chairs. I had never been in a real cockpit before, so this was a treat.

Okay, one last Disney photo—this one from DisneyWorld in February, where my daughter visited it for the first time for her birthday. Little did we know we would be in front of the castle taking a photo in almost the exact spot less than six months later.

During my second trip to New York in September, I flew my son from Los Angeles to New York so we could get some bonding time in. We were somewhere on Fifth Avenue trying to unsuccessfully hail a cab. So we decided to take an “ussie”. I covet this photo!

2013 was filled with amazing trips and adventures that gave me memories that will last a lifetime. I got a chance to do a lot of personal travel, which was one of my goals for the year. And I got to do a lot of it with my kiddos—what else could be better?

Here’s looking to some amazing travel experiences in 2014! 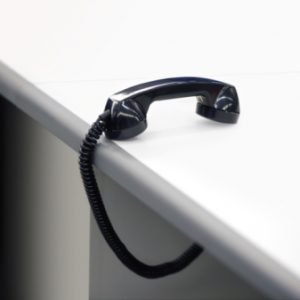 Hosted IP PBX – Why You Need it For Your Business