Is anyone else asking this question a lot lately? Why are we Facebook friends?

Let me start by saying this—I am more of a Twitter chick. Facebook was never my thing, I guess because I missed the whole college experience and whatnot. I was rather late to the Facebook party when I signed up for it in 2008, and I don’t spend a lot of time on my personal page. I only accept people who are friends that I’ve met in real life, and doing so has served me and my mental state well for the most part. But it seems during each election cycle, I tend to see negativity rear its ugly head, and this current one is no exception. Why in fact, I have never seen so many vile and disgusting comments from people who I thought were friends that it’s got me questioning. It makes me ask myself why are we Facebook friends, again?

Of course it would be Pollyanna of me to think that my friends and I are all going to agree on everything. I like a little conflict and I can hang with people who have different viewpoints from myself. I’ve never been one to think that I can’t embrace people whose opinions that don’t align with mine. But what I do have a problem with is that when people who I’ve friended share racist and demeaning material and status updates. We cannot be friends if you are a bigot or a hate-monger.

During this current election cycle, my unfollow and unfriend button has been in heavy rotation, honey. It’s like people’s real and true colors come to light when they begin to sing praises of political figures and celebrities who have no respect for people of color, women, etc.

Keyboard courage gets real in these Internet streets when people think they can say anything.

We can have a lot in common. We could’ve eaten lunch together and kicked it at conferences and whatnot. I could’ve sent you some goodies in the mail for your little one. But if your principles and values are the polar opposite of mine, why are we Facebook friends?

Let me give you an example. The other night, I asked about what as going on during the Republican National Convention when their candidate spoke to its attendees. One woman in particular who I have kicked it with in person and whom I thought was a friend began to say some not so nice things. Another one of my friends chimed in and it turned into a back and forth melee. Not one for drama on MY page, I quickly told this person to kick rocks. Until there is a dictatorship that says otherwise, I am the boss of me and the content that is on MY page. If I delete your filth and you get an attitude, that is YOUR problem not mine.

I have a right to purify and purge my feed from people who stink up the joint.

There’s enough stress and angst in the world, something that I cannot control. But what I can control is who and what I see on my personal Facebook page and feed.

My sanity is precious.

Why are we Facebook friends? When I start to question that when I read your online punditry, then you got to go.

You don’t owe anyone an excuse or reason for unfriending or unfollowing them. Go through your page and pick out the weeds and get rid of them regularly for YOUR well-being. Don’t ever feel guilty for getting rid of friend who you have to question why you are friends.

Fight the good fight, guys. Trolls are gonna troll. But as the fabulous Freddie Mercury once sang, another one bites the dust. Good riddance and have a nice (or not) life.

Anyone else deleting people like crazy? I can’t be the only one. 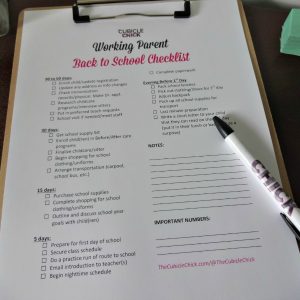