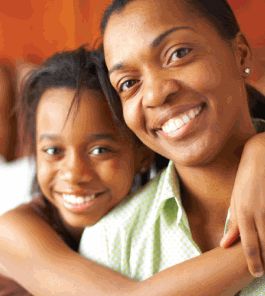 The month of November has been declared American Diabetes Month by the American Diabetes Association. The fight for diabetes prevention and awareness has been an important issue of mine, as my father suffers from this disease. Many people have heard about diabetes but don’t know exactly what it is or how it effects people who have been diagnosed with the disease. Here are a few facts you need to know about diabetes:

There are 3 types of diabetes:

Type 2 (most common form of diabetes, when the body doesn’t produce enough insulin)

There is no cure for diabetes:

This is true but you can control diabetes by watching what you eat, following a physicians orders, and taking medication.

Diabetes is an inherited disease:

There is no scientific research that indicates diabetes is an inherited trait, but some people are “born more likely to get the disease than others”.  Diabetes can be brought on by your environment (eating habits, lifestyle, etc.), and an inheritance of a predisposition of the disease.

Black people only get diabetes:

In 2006, diabetes was the 7th leading cause of death listed on death certificates in the U.S. It can also bring on complications including heart disease and stroke, high blood pressure, blindness, kidney disease, and amputation.

Diabetes is a disease in which blood glucose levels are above normal. According to the CDC, when you have diabetes, your body doesn’t make enough or cannot use the insulin it makes as well as it should, thus causing sugar to build up in your blood.  Diabetes is currently the sixth leading cause of death in the United States, and can lead to detrimental health problems such as heart disease, kidney failure,  blindness, and lower extremity amputations, mostly on one’s feet.

I hope that those facts mentioned above helps you to better understand the disease, it’s causes, affects, and population make-up. To learn more information about diabetes, please visit the American Diabetes Association website at http://www.diabetes.org.

Click HERE to learn more about the Stop Diabetes campaign.

Will you help to spread the word about American Diabetes Month?

Information and statistics in this piece were taken from the American Diabetes Association website.