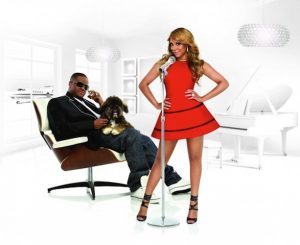 Say what you want about Tamar “Have Several Seats + Get Your Life” Braxton, the girl is entertaining. After being the “breakout star” on Braxton Family Values, she is embarking out on her on reality show with her music mogul husband, Vince, called Tamar and Vince. The reality show will spotlight Tamar as she tries to make a name for herself as a bonafide singer, and how she and her husband manage to mix business with pleasure while keeping it all in the family.

I have not been a fan of Tamar during her BFV antics, but I can see why she now has her own show. She makes for good television, and her husband seems to mellow her out, so I will probably be watching to see how her singing career and family life pans out on the show.

Tamar and Vince will premiere Thursday, September 20th on We TV at 10/9 CST after the Braxton Family Values finale.

Below is a first look at Tamar and Vince. Will you be watching?