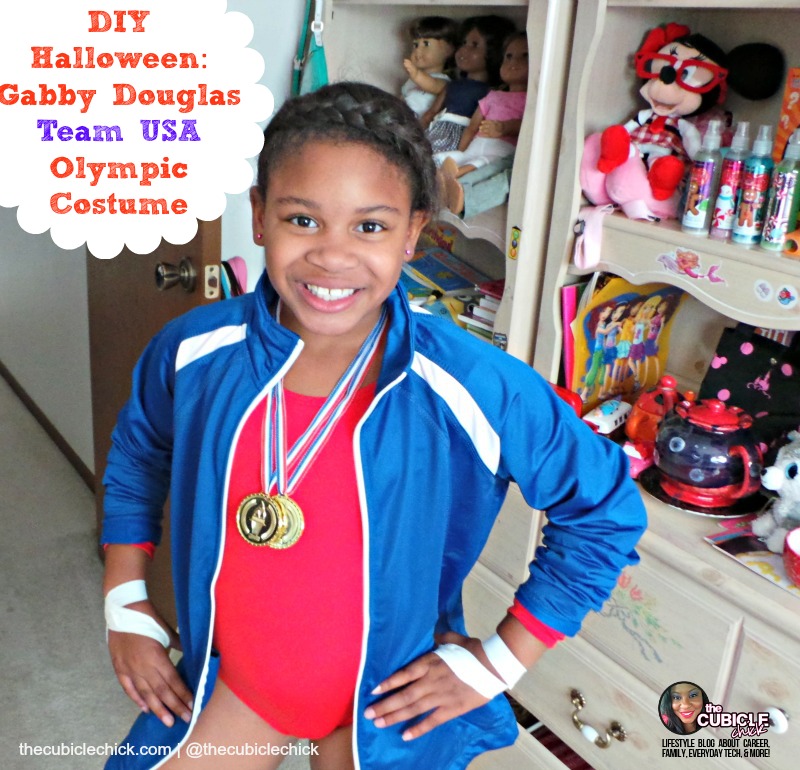 Each year, I scramble trying to find a suitable costume for The Chicklet. I am usually a day late and a dollar short when it comes to selecting a creative Halloween getup for her. But this year, I was on it. Early in September, she told me that she wanted to do something different this year by being someone she admires. Instantly, 2012 USA Olympic gold winner Gabrielle Douglas came to mind. A departure from our usual fairy and princess theme, I was excited that she put some thought into her costume. And so I set about acquiring her costume.

I searched online for an authentic USA Olympic costume and didn’t have much luck, so I began thinking of ways I could do the costume on my own. After searching Google for images of Gabby, I settled on piecing together The Chicklet’s costume.

I found a red leotard on Amazon some toy gold medals for her to wear around her neck. Afterwards, I purchased a blue and white track jacket, some athletic tape, a red, white, and blue hair tie, and voila! She became Gabby Douglas. 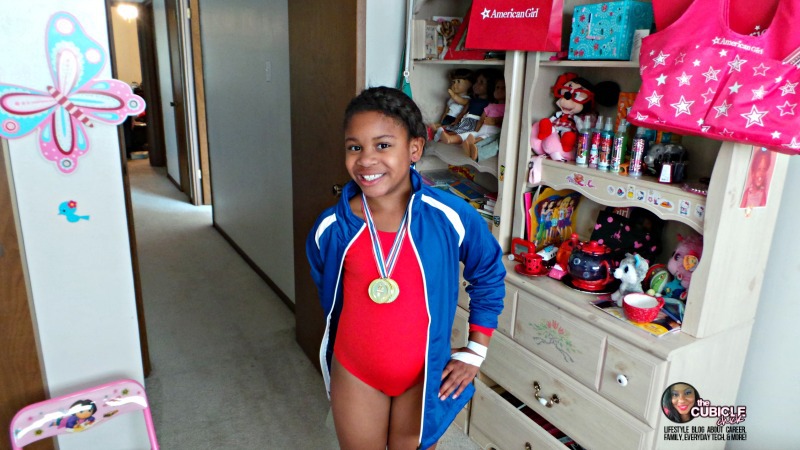 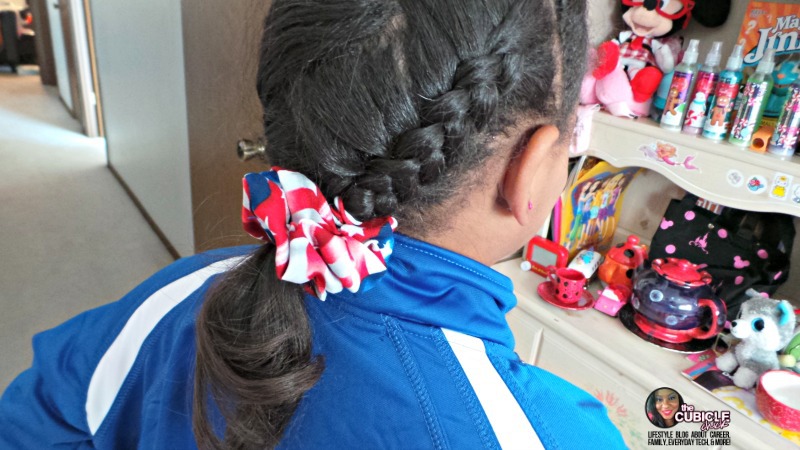 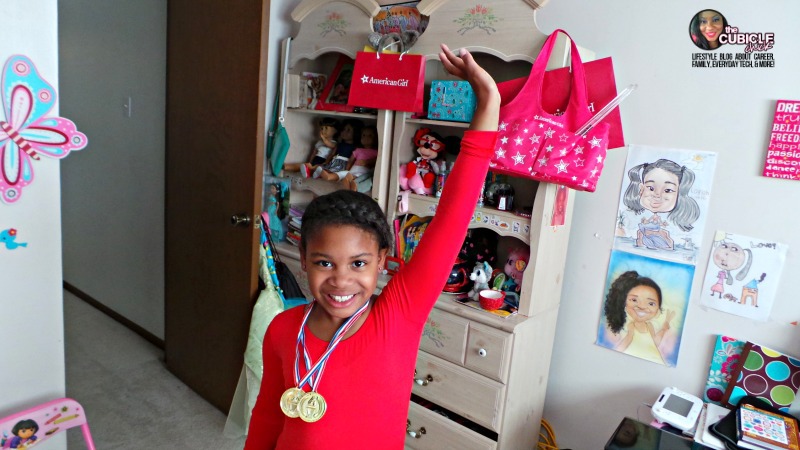 Depending on the weather, we will be adding track shorts or pants to her look, alongside some ballet flats. I think it came out quite well—she certainly does look like a little Gabrielle Douglas in training.

From this point on, I think I will be doing DIY costumes for Halloween for The Chicklet. There are so many other options and it can be less expensive, especially if you are using second hand items. The total amount I spent on her costume this year ended up being about $25. Not bad!

What are your thoughts on our Gabby Douglas Team USA Olympic Costume?